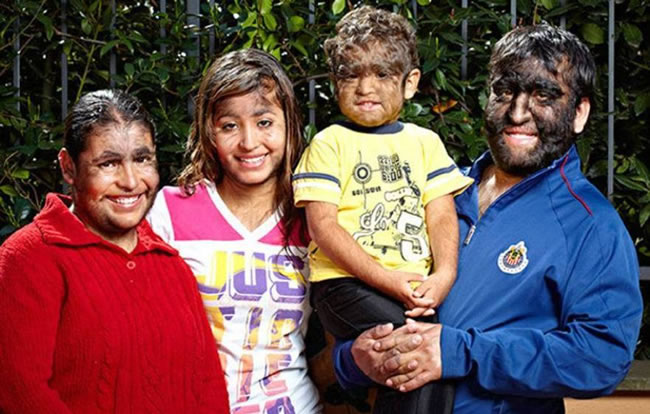 Discover some of the craziest Guinness World Records that people hold. You won`t believe the lengths some folk go to to become noticed.

1. Record For Most Big Macs Eaten In A Lifetime 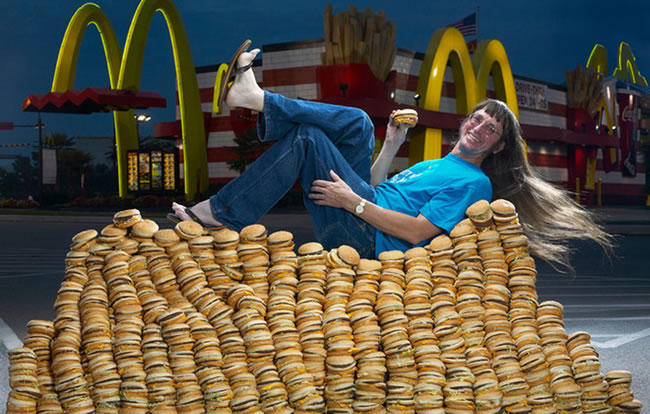 Meet Donald Gorske, he currently holds the world record for consuming the most McDonald Big Macs in ones lifetime. He is proud to have eaten more than 29,000 Big Macs. He claims that these fast food burgers make up 90% of his daily food intake. 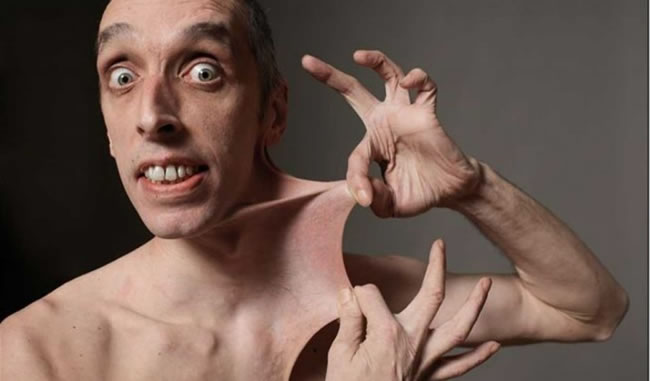 Garry Turner was able to win this record because he has a rare medical condition called Ehlers-Danlos Syndrome that always him to stretch his skin further than most people. Garry`s record was achieved when he stretched the skin of his stomach to a crazy 6.25 inches. Reed Richards eat your heart out!

3. Record For Most Piercings 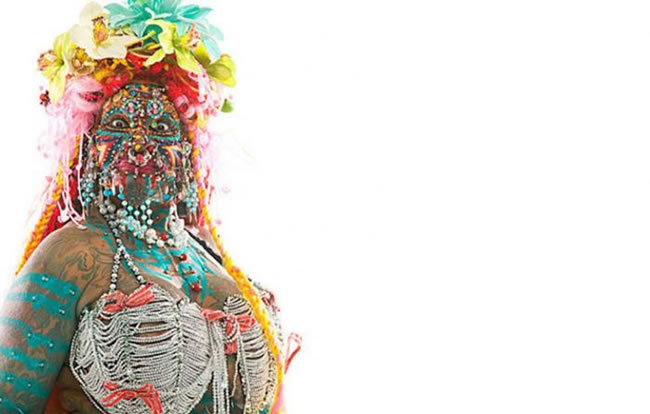 Meet Elaine Davidson she won the world record for having a total of 4,225 piercings. Can you imagine the pain she has gone through for all those holes pierced in her body?

4. Record For Holding Up A Table By Your Teeth And Running 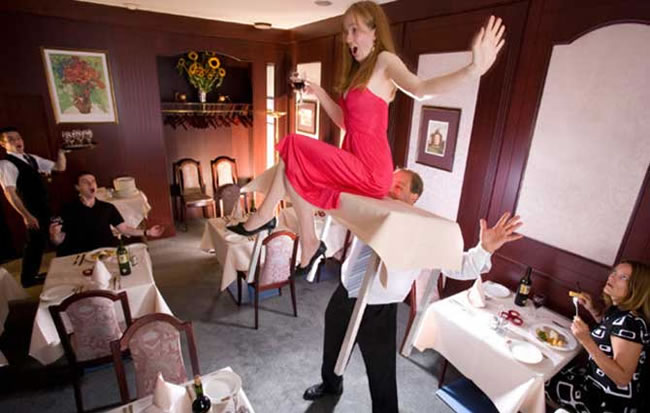 Georges Christen is the current holder for this bizarre record. He managed to run thirty eight feet and eight inches while carrying a 26-pound table by his teeth. But that`s not all, there was also a 110-pound woman sitting on it!

If you think that is impressive then you`ll be even more amazed to learn that George actually holds 23 Guinness World Records. He owns the title for being the fastest person to inflate a hot water bottle using just lung power. He also holds the record for tearing up phonebooks, train-towing and plane-pulling.

5. Record For Passing The Longest Metal Coil Through The Nose And Out Of The Mouth 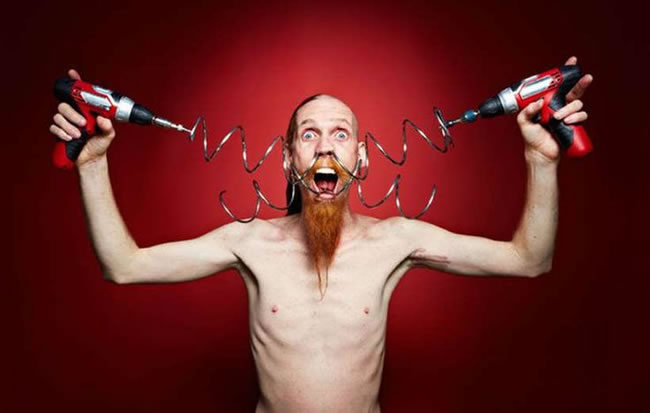 6. Record For Longest Fingernails On A Woman 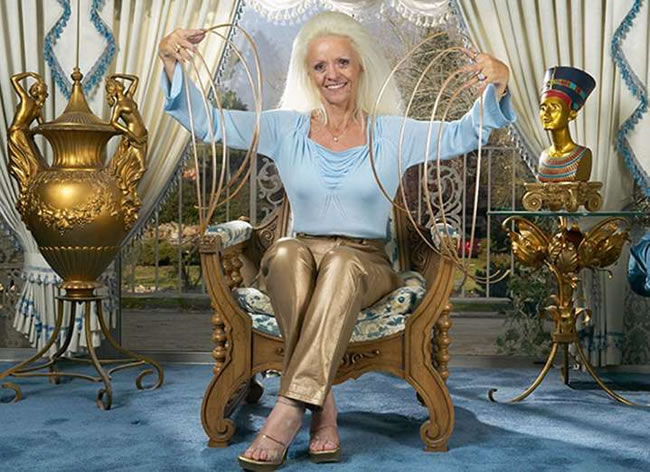 American woman Lee Redmond managed to grow her fingernails to a crazy 2 feet and 11 inches long. It took her thirty years to grow her nails to this length. 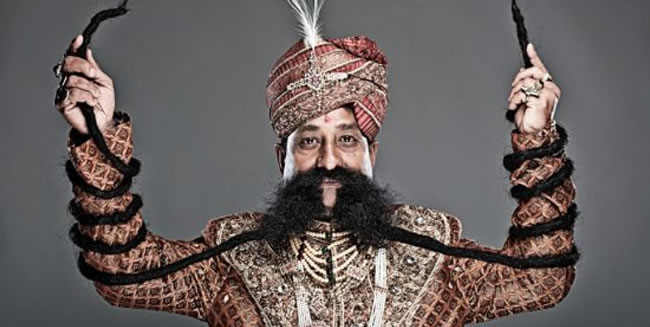 Ram Singh Chauhan is the current record holder for having the longest moustache in the world. It is measured at fourteen feet long.

8. Record For Having The Largest Collection Of Garden Gnomes 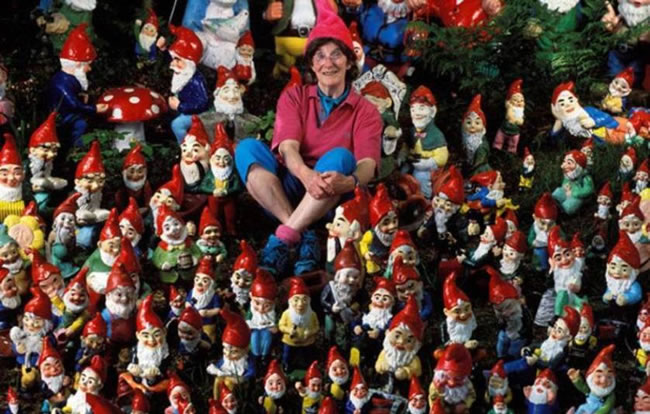 9. Record For Having The Largest Collection Of Star Wars Memorabilia In The Galaxy 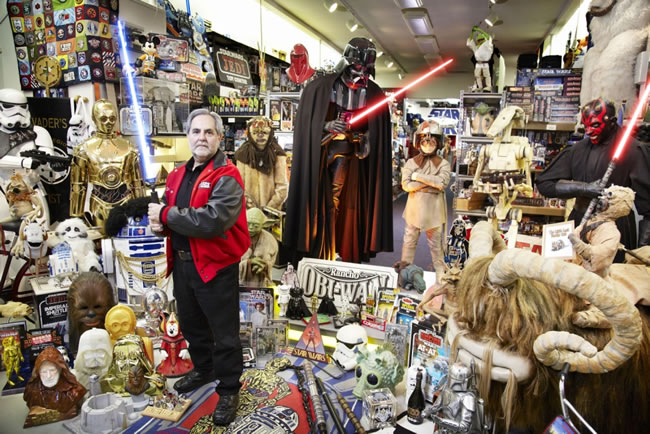 Steve Sansweet has an estimated 300,000 Star Wars memorabilia items in his collection but he has put it to good use by opening up a Star Wars museum with his horde.

10. Record For Most Hairiest Family

Meet Victor Gomez, Gabriel Gomez, Luisa Aceves, and Jesus Aceves. Together they hold the record for being the hairiest family in the world. 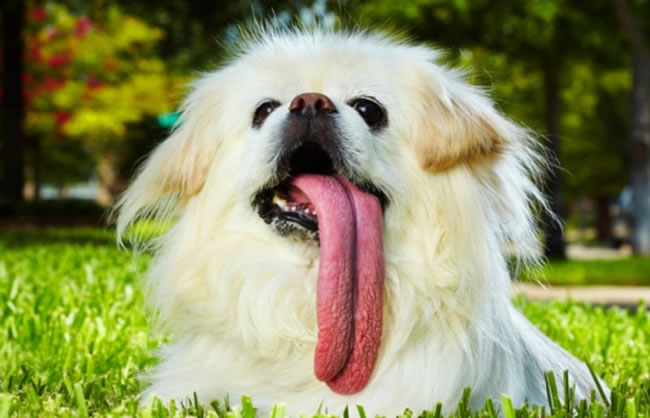 This little pooch is called Puggy and she has the longest tongue ever seen on a dog. It`s a crazy 4.5 inch long.