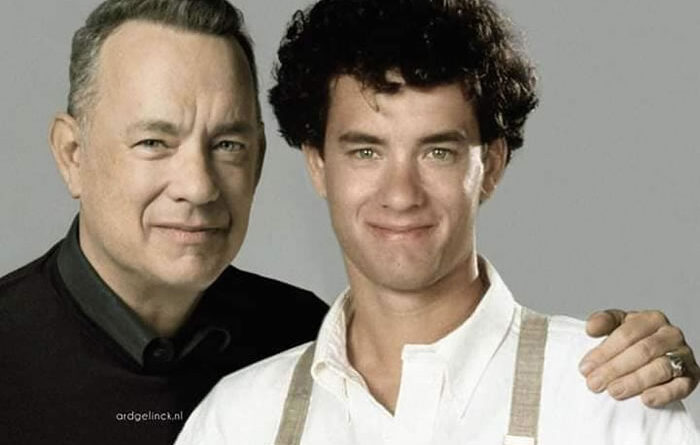 A professional photoshop expert has cleverly produced a set of celeb images showing the talented actors next to their younger selves. 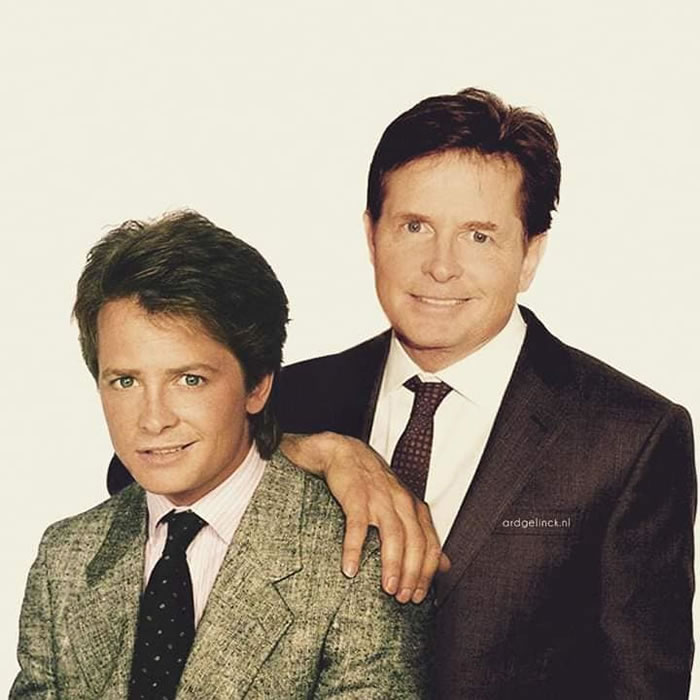 Michael J. Fox was born in 1961 and is a Canadian-American actor who is most famous for his role as Marty McFly in the Sci-Fi blockbuster trilogy Back to the Future. He also starred in numerous TV series such as Spin City, The Michael J. Fox Show and Family Ties, Not to mention all the guest starring roles in other series. Some of his other hit movies include The Secret of My Success, Teenwolf, Casualties of War, Doc Hollywood and The Frighteners.

Sadly Michael J. Fox was diagnosed with Parkinson’s disease in 1991 and had to retire from acting in 2000 but he has gone on to do voice roles for many films such as Stuart Little 1,2,& 3, Atlantis: The Lost Empire and A.R.C.H.I.E..

Fox’s net worth is estimated at $65 million 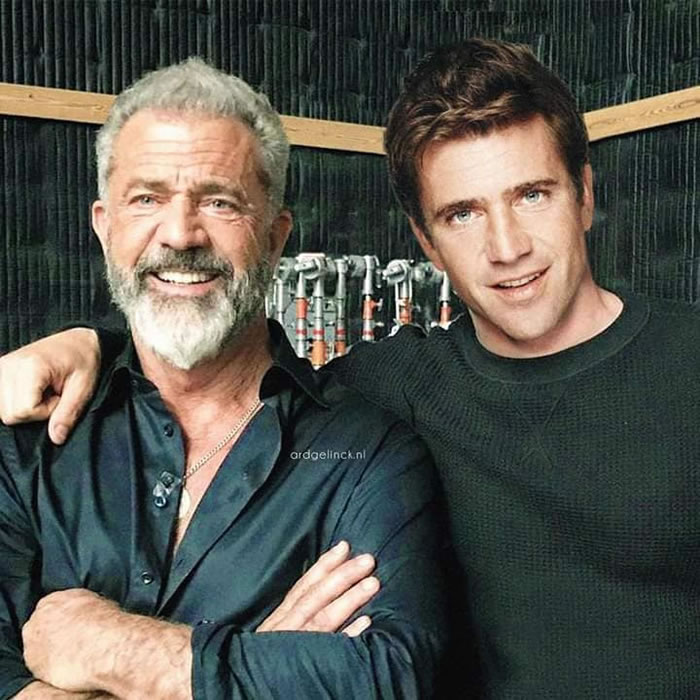 Mel Gibson was born in 1956 and is an American actor and filmmaker. He first shot to fame after starring in the post apocalyptic movies Mad Max 1,2 & 3 and later went onto to star in major blockbuster movies such as the Lethal Weapon 1,2,3 & 4, Bird On A Wire, Braveheart, Payback, Air America, Mavrick, Ransom, The Patriot and many more. 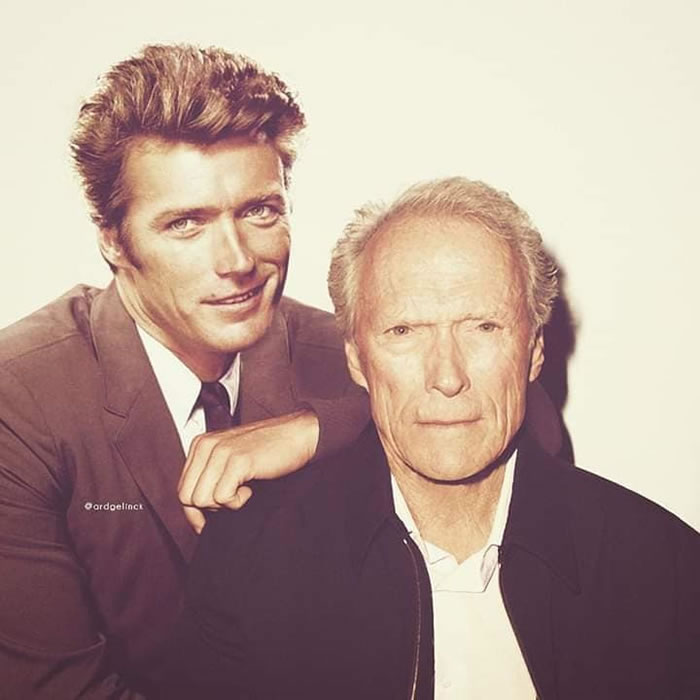 Clinton Eastwood was born in 1930 and is an American actor, filmmaker, musician, and politician. He achieved phenomenal success in the spaghetti Western theme of TV and movies. Eastwood first starred in the US TV series Rawhide, he went on star in numerous westerns such as The Good, The Bad And The Ugly, Pale Rider, A Fist Full Of Dollars, The Outlaw Josey Wales and many more.

Even Though Eastwood went on to appear and direct a multitude of different movies he will always be remembered as being the biggest bad ass in the west. 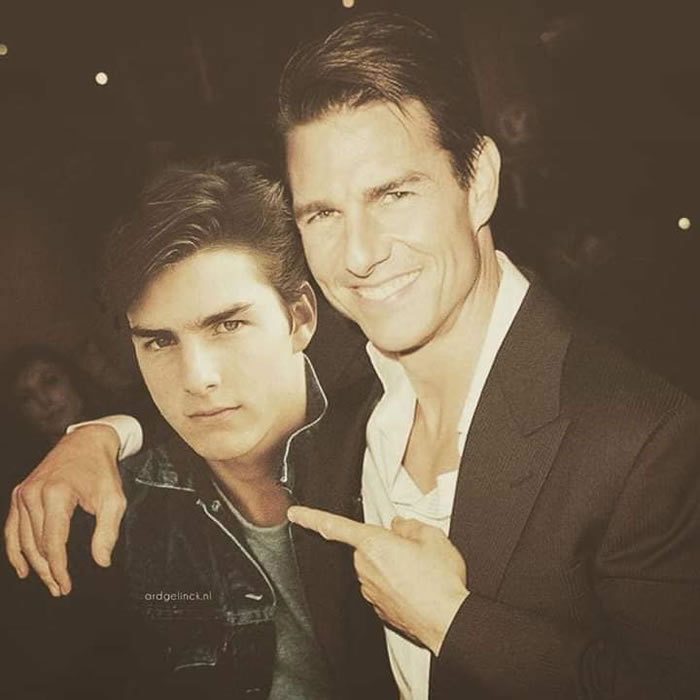 Tom Cruise was born in 1962 and is an American actor and producer. He mostly stars in action movies and is well known for performing his own stunts on stage. He has won many oscars and is currently one of the highest paid actors in the world. He shot to fame after starring in the films Risky Business and Top Gun and has gone on to star in 56 movies such as Rain Man, Interview with the Vampire, Vanilla Sky, Minority Report, The Last Samurai, Collateral, War of the Worlds, Knight and Day, Jack Reacher, Oblivion, Edge of Tomorrow and of course all the Mission Impossible Movies. 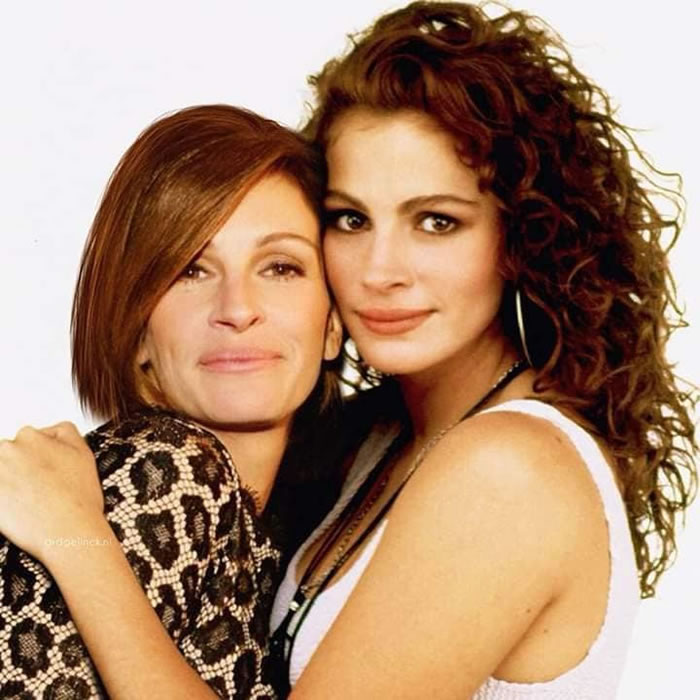 Julia Roberts was born in 1967 and is an American actress and producer. She first appeared in the hit movie Pretty Woman back in 1990 and went on to be one of the highest paid actresses in the world. She has starred in many successful films such as Sleeping with the Enemy, The Pelican Brief, Flatliners, Hook, Notting Hill, Ocean’s Eleven, Ocean’s Twelve, Money Monster, Erin Brockovich, The Mexican and many more.

Julia Roberts has a net Worth of $200 million 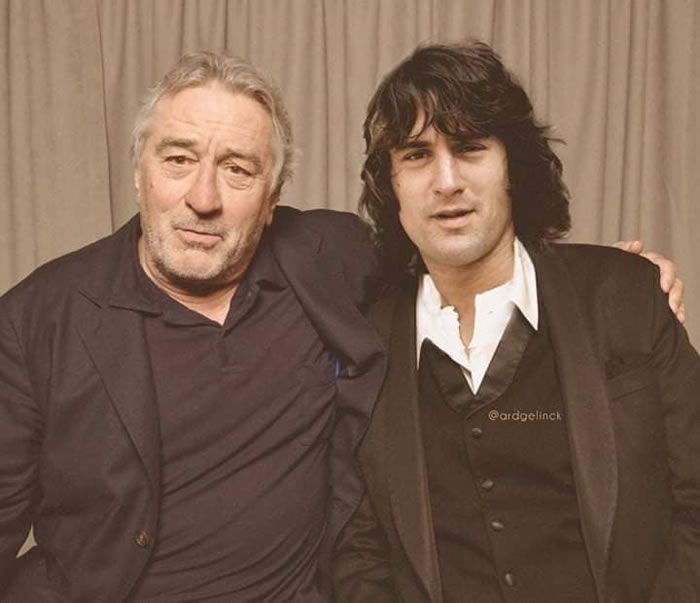 Robert De Niro was born in 1943 and is an American actor, producer, and director. His first major film roles were in the sports drama Bang the Drum Slowly and Scorsese’s crime film Mean Streets but it wasn`t until his appearance The Godfather part 2 that his career took off. De Niro has won many awards over the years and has starred in over a hundred movies which includes Taxi Driver, The Deer Hunter, Casino, Goodfellas, Heat, The Untouchables, Ronin, The Family, Stardust and many more. 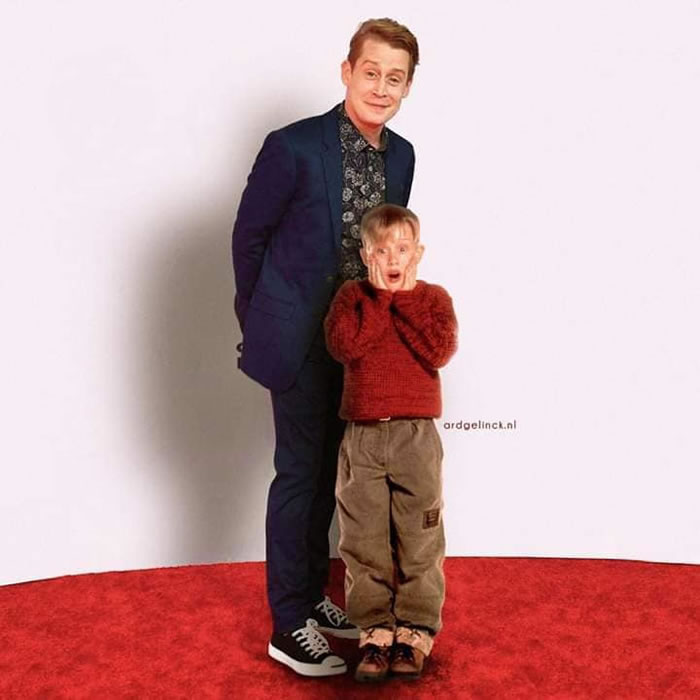 Macaulay Culkin was born in 1980 and is an American actor and musician, he began his career as a child actor shot to fame after starring in the Christmas movie Home Alone. Culkin had huge success as a child actor starring in movies such as My Girl, The Good Son, The Nutcracker, Getting Even with Dad, The Pagemaster and Richie Rich.

Since becoming an adult his movie career took a huge dive and he hasn`t starred in anything for many years.

Macaulay Culkin`s net worth is estimated at $15 Million 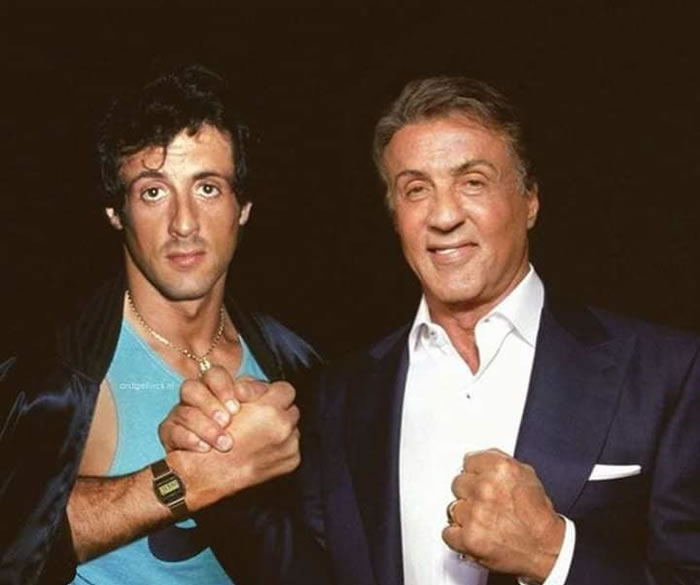 Sylvester Stallone was born in 1946 and is an American actor, director, screenwriter, and producer. He became famous after his roles in the action trilogy Rambo and the Rocky Balboa movies. Not only did Stallone star in the these movies but he also or co-wrote them too. 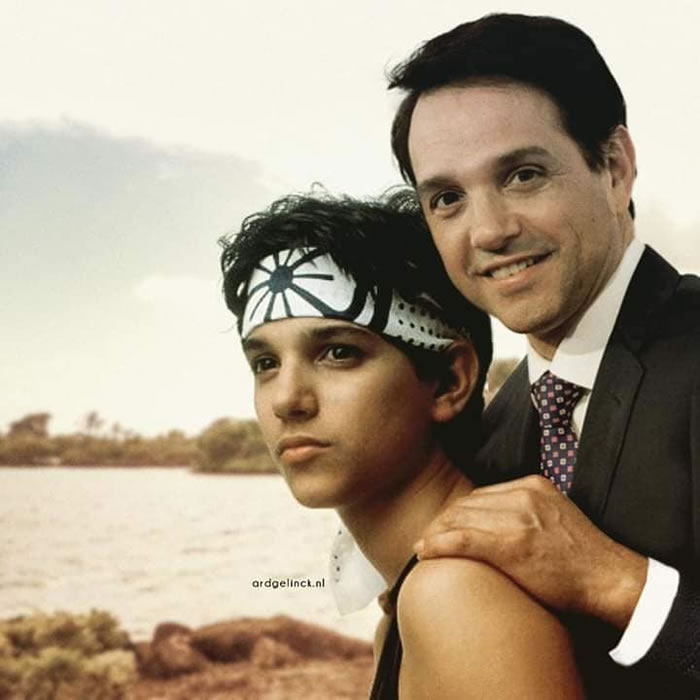 Ralph George Macchio was born in 1961 and is an American actor who shot to fame after starring as Daniel LaRusso in The Karate Kid movies but his success was short lived and Ralph`s movie career dwindle with him only making a few appearances in several low budget movies after.

Ralph Macchio has a net worth of $3 million 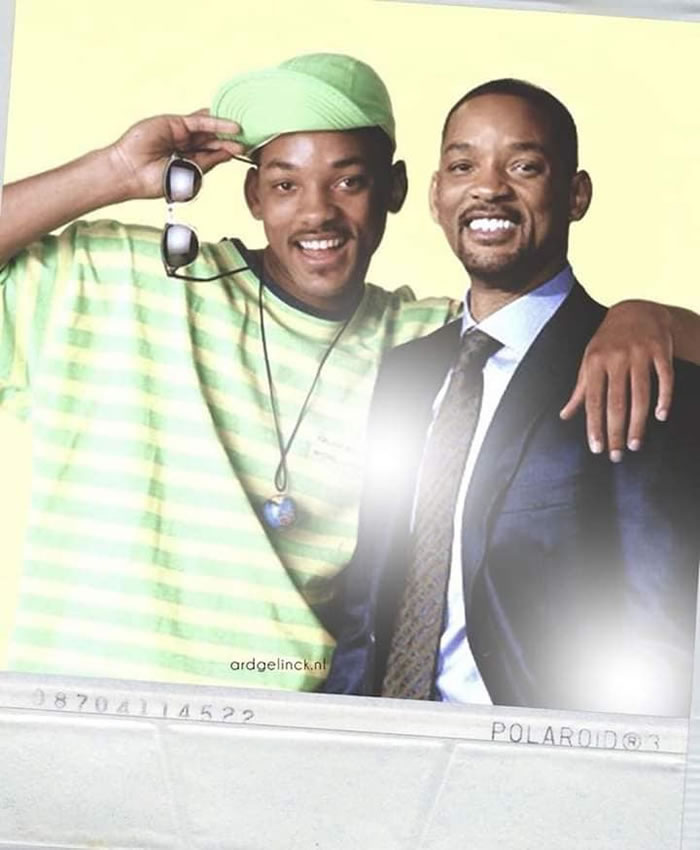 Will Smith was born in 1968 and is an American actor, rapper and media personality. He started as a rapper in the 80s and then starred in the US TV series The Fresh Prince of Bel-Air, which ran for six seasons until 1996. He then went on to star in Independence day and men in Black and his movie career soared. He has since starred in 46 films such as Bad Boys 1 & 2, Wild Wild West, Hancock, Hitch, The Pursuit of Happiness, Suicide Squad and many more. 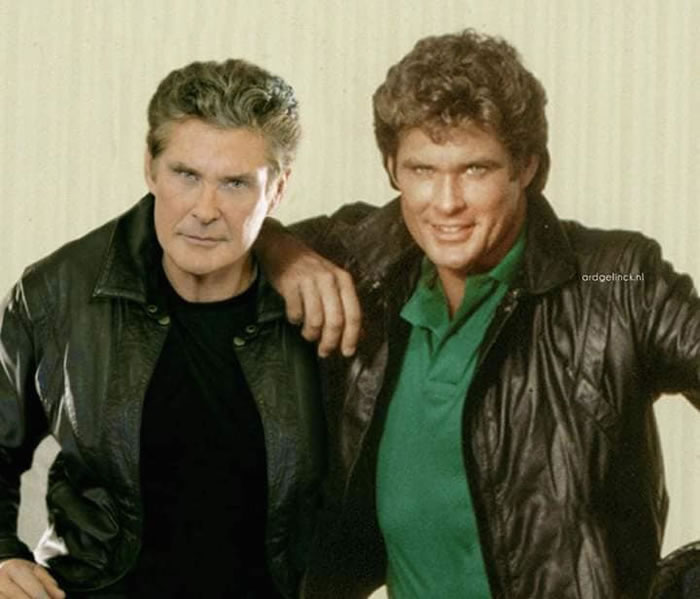 David Hasselhoff was born in 1952 and is an American actor, singer, producer, and businessman. He is most famous for his role as Michael Knight in the 80s hit TV series Knightrider and then went on to play Mitch Buchannon in the TV series Baywatch. The Hoff has also had a few short appearances in the films Click, Dodgeball, The SpongeBob SquarePants Movie, and Hop.

Did you know David Hasselhoff is in the Guinness Book of records for being the most watched man on TV?

The estimated net worth of David Hasselhoff is more than $120 million. 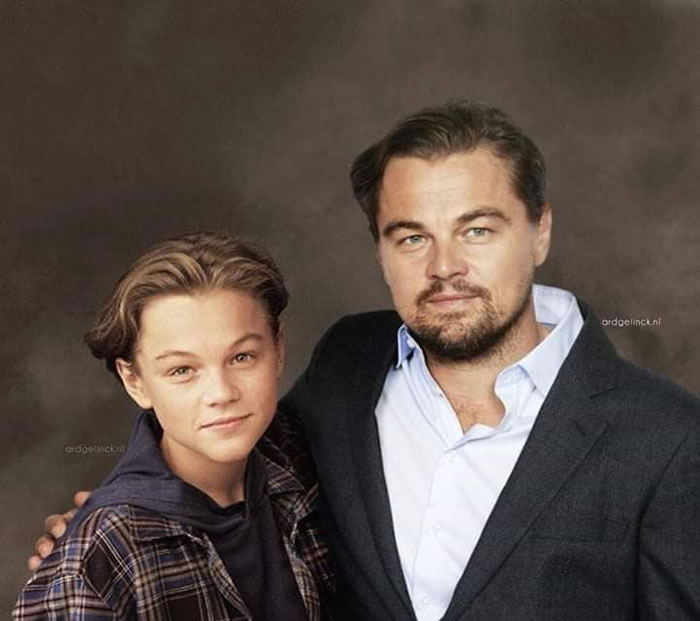 Leonardo DiCaprio was born in 1974 and is an American actor and film producer. DiCaprio started his acting career by appearing in TV commercials back in the 80s and went on to star in a few movies but it wasn`t until his appearance in James Cameron’s epic movie Titanic that his movie career really took off.
DiCaprio’s list of movies include The Man in the Iron Mask, Catch Me If You Can, Gangs of New York, Blood Diamond, The Departed, Shutter Island, Inception, Django Unchained, The Great Gatsby and The Wolf Of Wall street. 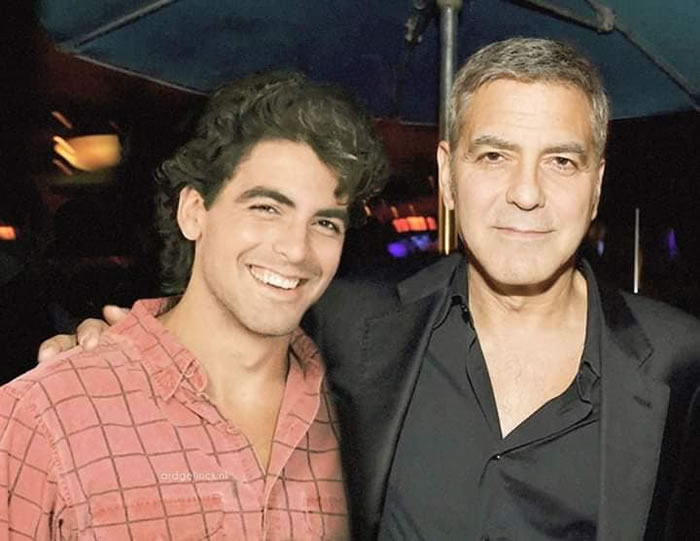 George Clooney was born in 1961 and is an American actor, filmmaker and businessman. Clooney started his movie career playing Dr. Doug Ross on the long-running medical drama ER back in the 90s. After that he went on to star in movies From Dusk till Dawn, Out of Sight, Confessions of a Dangerous Mind, The Perfect Storm, One Fine Day, The Thin Red Line, Batman Forever and many more.

As of 2019, George Clooney’s net worth is approximately $500 million dollars, 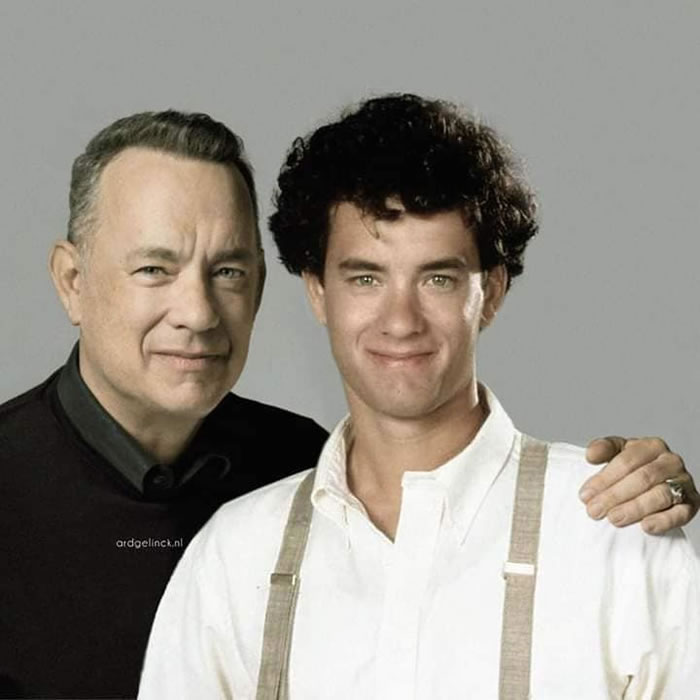 Tom Hanks was born in 1956 and is an American actor and filmmaker. Hanks has had a very successful acting career which has spanned from the 80s up to the present day. He has been in over 80 movies which includes Splash, Big, Turner & Hooch, Sleepless in Seattle, Apollo 13, The Green Mile, Forrest Gump, Cast Away, The De Vinci Code, Cloud Atlas, Saving Private Ryan and many more. 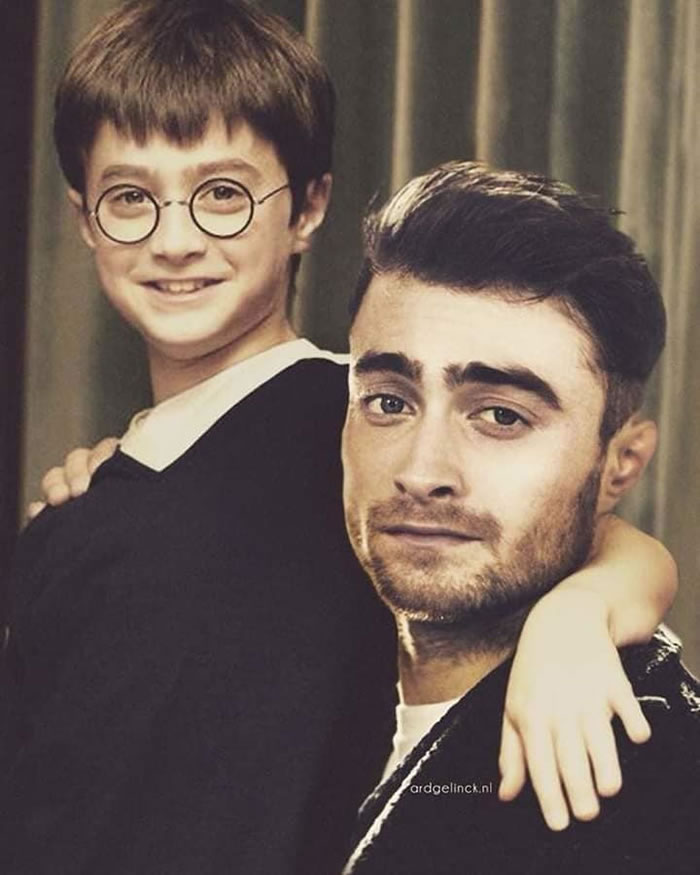 Daniel Radcliffe was born in 1989 and is an English actor and producer. He made his acting debut at just 10 years old in the BBC’s 1999 television film David Copperfield and then went on to play the famous magician Harry Potter for 10 years during the filming the Harry Potter movie series.

As of 2019, Daniel Radcliffe net worth is estimated to be around $125 million. 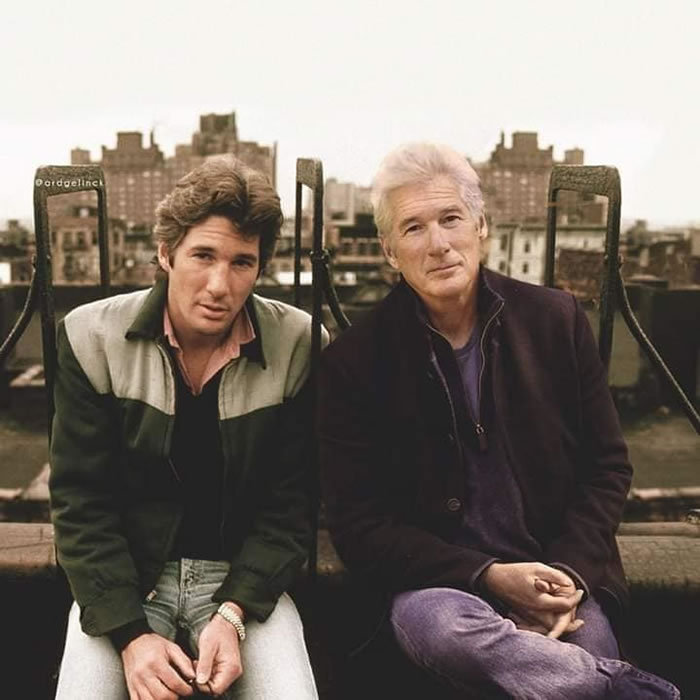 Richard Gere was born in 1949 and is an American actor. He began his movie career in the 1970s after starring in films Mr. Goodbar and Days of Heaven but it wasn`t until his role in American Gigolo that he became established as a leading man and a sex symbol. Some of his successful films include An Officer and a Gentleman, Pretty Woman, Primal Fear, Runaway Bride, The Jackal and Chicago.

Richard Gere net worth is estimated at $100 million. 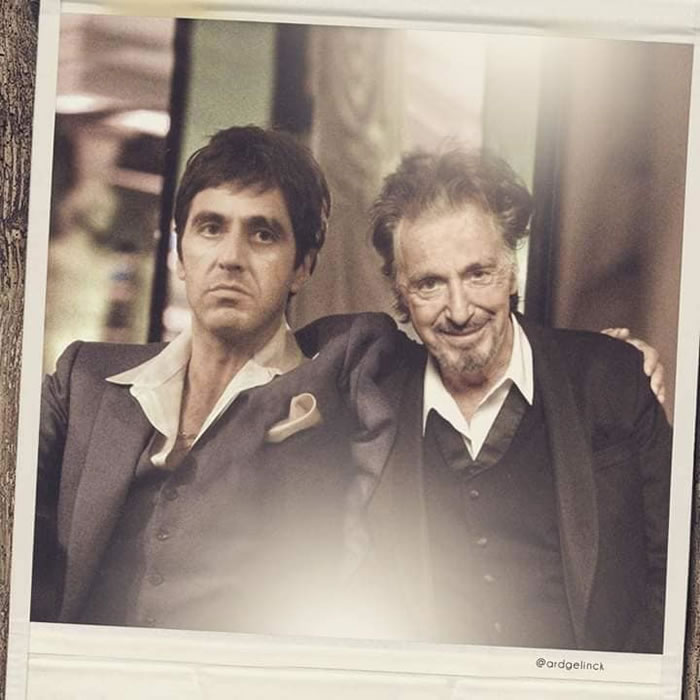 Al Pacino was born in 1940 and is an American actor and filmmaker. Pacino made his feature film debut with a small role in Natalie back in 1969 but it wasn`t until his appearance in the Godfather that he gained international acclaim.

Al Pacino has starred in over 58 movies which includes Scarface, Heat, The Devil`s Advocate, Dick Tracey, The Recruit, Ocean`s 13 and of course The famous Godfather movies.

Al Pacino is believed to be worth approximately $165 million dollars. 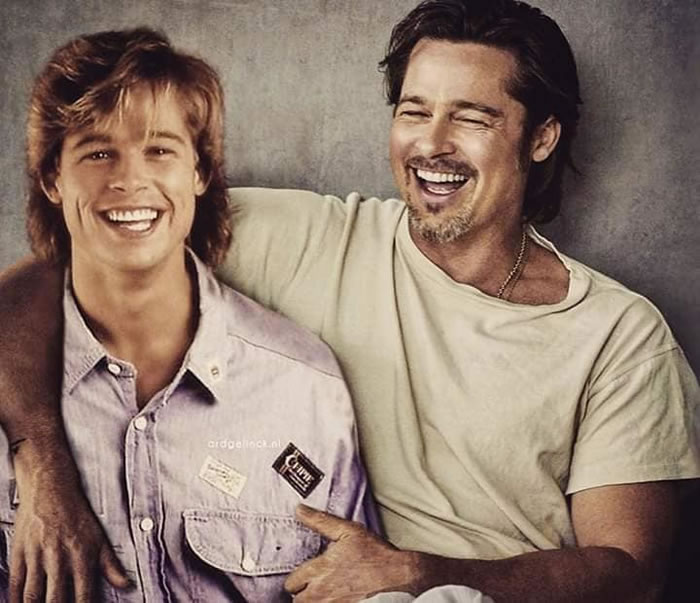 Brad Pitt was born in 1963 and is an American actor and film producer. He first gained recognition for his role in the road movie Thelma & Louise and then went on to star in A River Runs Through It, Legends of the Fall and the horror movie Interview with the Vampire. Pitt has starred in over 80 movies which includes 12 Monkeys, Fight Club, Ocean’s Eleven and its sequels, Troy, Mr. & Mrs. Smith and World War Z. 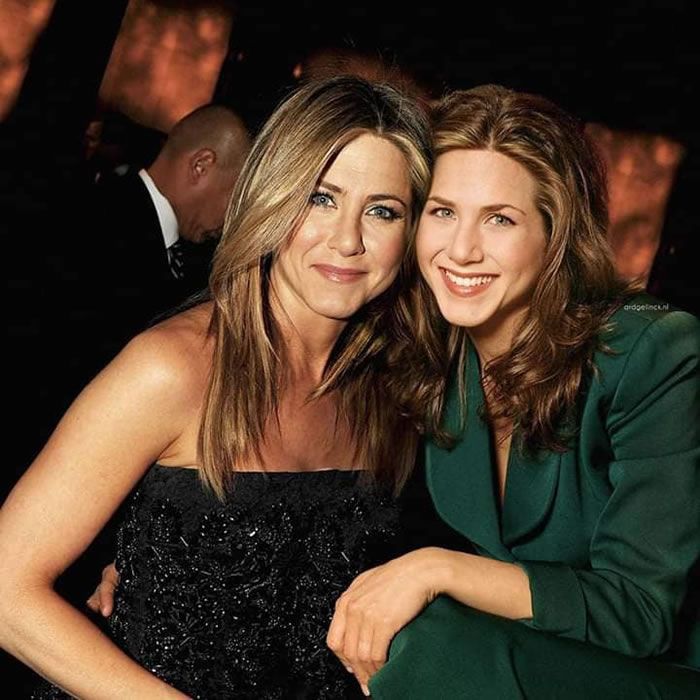 Jennifer Aniston was born in 1969 and is an American actress, film producer, and businesswoman. She started working as an actress at an early age with an uncredited role in the 1987 film Mac and Me but she is most famous for her role as Rachel in the US comedy TV series Friends which ran for ten years.

Jennifer has also starred in Bruce Almighty, The Break-Up, Marley & Me, Just Go with It, Horrible Bosses, We’re the Millers and many more films.

Jennifer Aniston’s current net worth is estimated to be $220 million dollars. 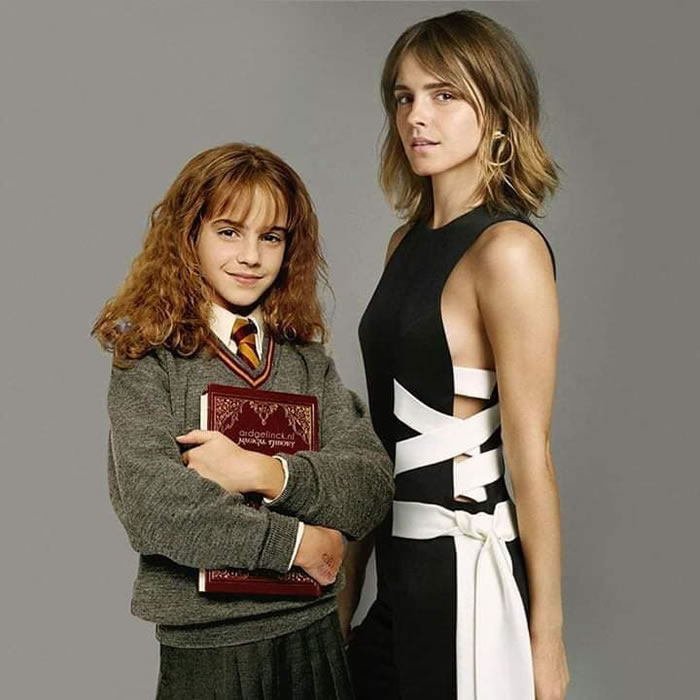 Emma Watson was born in 1990 and is an English actress and model. She landed her first professional acting role as Hermione Granger in the Harry Potter film series and continued to work on the series for the next 10 years. Since Harry Potter she has starred in My Week with Marilyn, The Perks of Being a Wallflower, The Bling Ring, This Is the End and Noah.

Emma Watson’s is estimated to be worth roughly $80 million dollars.

which of these celeb images is your favorite?