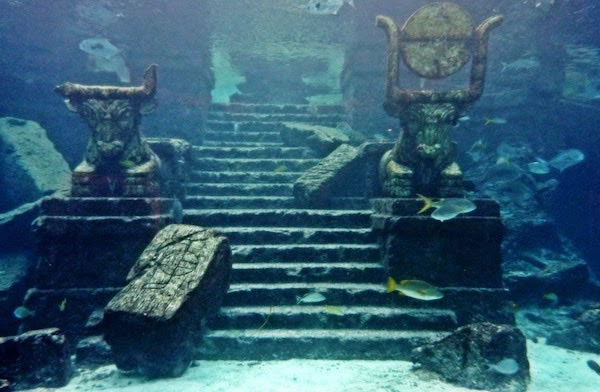 Whenever we think of ancient treasures under the sea we imagine precious stones, ancient coins and other valuable objects. However, many findings are the result of discoveries that evade these ideas and represent unsolved mysteries.
Get ready to embark on a great adventure to find some ancient treasures found deep in the ocean.

1. A train graveyard and many questions 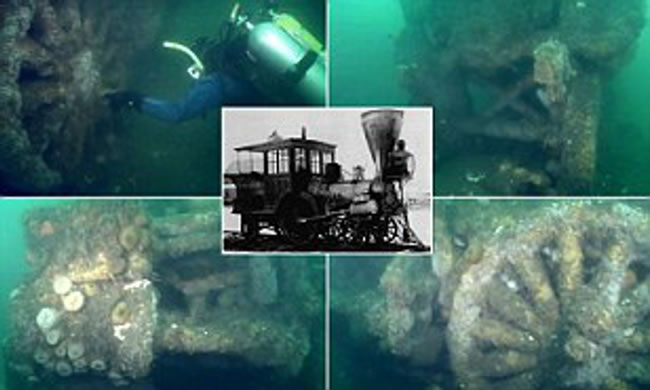 If it’s already strange to find a train while diving, imagine finding several. This is what some archaeologists have found near the coast of New Jersey: trains from 1850. Strangely, there is no record of when they were built or that they were lost.

Explorers believe the locomotives were lost when they were transported by boat from Boston to another city on the east coast of the United States. A storm must have forced the sailors to throw the trains into the sea so that it would not sink by overweight. 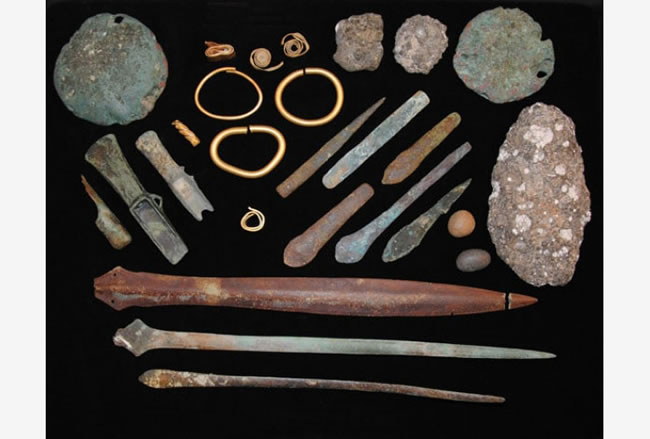 In 2010, a group of marine archaeologists researching the Devon coast in England found a wrecked vessel only 10 meters deep and it had been in this place for an estimated 3,000 years. The Bronze Age boat was loaded with more than 250 copper blades, 27 pewter blades, a bronze sword and several gold jewels.

It may not be a very rich discovery, but it left historians very surprised because it revealed that Britain’s ties to the European continent, as well as the skills of sailors, were more developed than we thought.

3. The city of Thonis-Heracleion, once considered a myth, was found

People thought that Thonis-Heracleion, an Egyptian port city from before Christ, was just a myth. Until in the year 2000 marine archaeologist Franck Goddio found her by chance while looking for Napoleon warships in Alexandria.

Classical authors like Herodotus mentioned it in writing, but the disappearance happened without a trace. More than a thousand years later, she was found and no one knows how or why she sank. 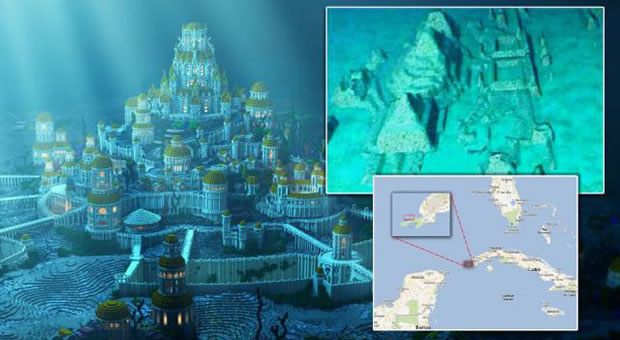 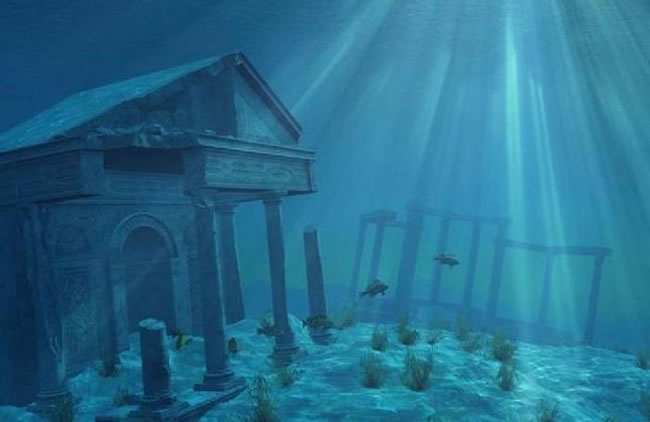 In 2001, a company called Advanced Digital Communications discovered an underwater city that covers approximately 2 square kilometers on the ocean floor.

The structures were found about 750 meters below the surface and are believed to be about 50,000 years old.

They are also believed to have been man-made, which, if any, would make them some of the most technologically advanced structures on the planet at that time. 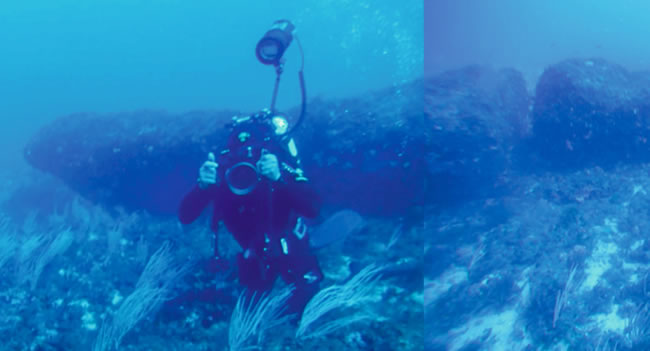 However, the area was not submerged. More than 9,000 years ago, researchers say, rising tide forced residents to migrate during the Stone Age, leaving behind the submerged monolith.

6. The oldest computer: the Antichyther machine 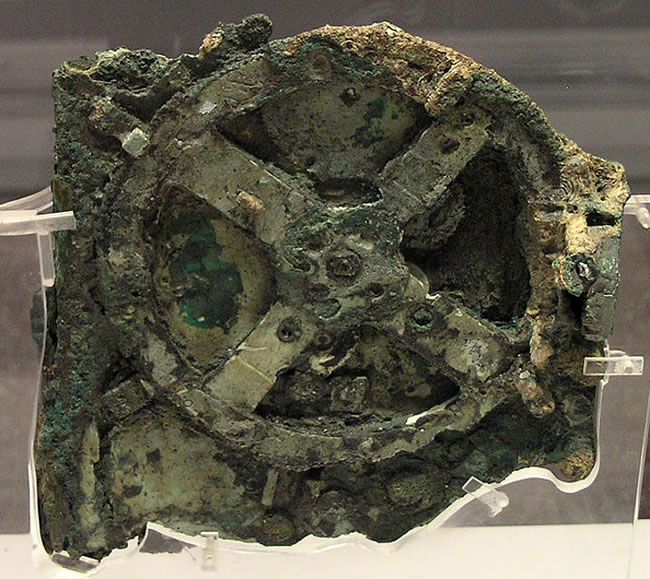 The remains of the artifact were found in 1901, along with various statues and other objects, by divers on the coast of the Greek island of Anticítera, between the island of Citera and Crete. They were in front of the oldest ‘computer’ in history.

It is said that the device was manufactured to predict lunar phenomena or for navigation. Most surprisingly, it was created by one person or a team of Greeks with very advanced astronomy and engineering knowledge at the time. Scientists still find it hard to believe he is over 2,000 years old. 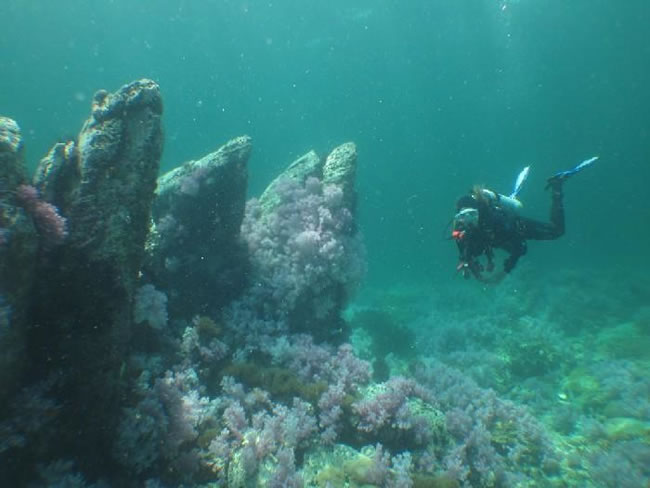 Found by a group of Swedish divers at the bottom of the Baltic Sea, this mysterious monument was discovered in 2012, but has not yet been identified.

Some are calling it “New Stonehenge” because no one knows exactly what it is, how it got there, or who put it there.

Conspiracy theories abound, and like the real Stonehenge, many believe that this circular anomaly was placed deep in the ocean by aliens.

8. An underwater cemetery in Yucatán 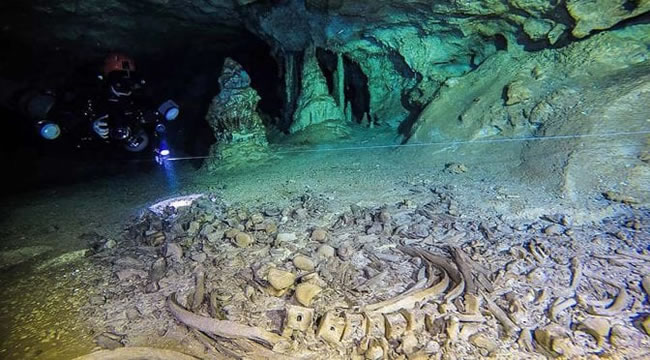 Mexican archaeologists have found in Yucatán (region of Cancun) more than 120 bodies from AD 125 and 236. Thanks to the mix of fresh and salt water in the cave, the objects in the bodies have been preserved for over 20 centuries.

Scientists explain that for the ancient Maya, caves and cenotes were sacred because they were species of passage to another world. That’s why they used these places to bury and worship the dead. 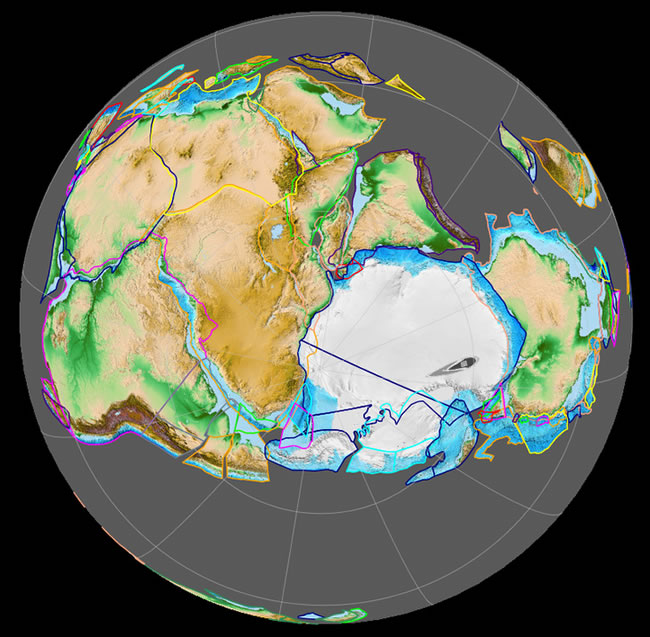 National Geographic announced in 2011 that giant pieces of Gondwana, the ancient continent that comprised what today is Africa, South America, Oceania, Antarctica, the Indian subcontinent and the Arabian peninsula, were discovered in the ocean.

For further exploration, they went deeper and discovered many unique features during the search: presence of gneiss (rock of metamorphic origin), granite and sandstone, rocks that can be found, for example, in the Himalayas.

10. The Yonaguni Monument, the underwater formation that divides scientists 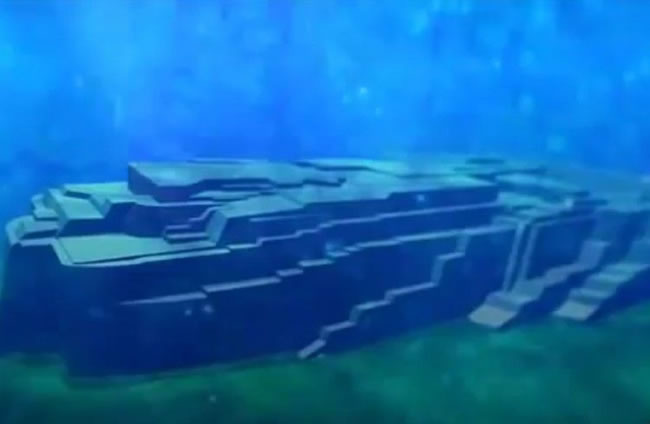 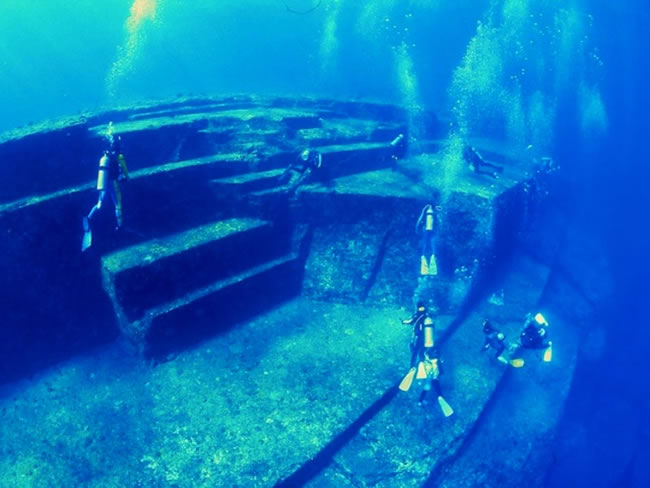 In 1995, a diver drifted far off the coast of Okinawa, Japan, and was surprised by the construction of colossal stones that could form a grand monument, as well as sculptures, possible ladders and more. Scientists believe the monument, located on the south coast of Yonaguni Island, is more than 10,000 years old.

Although nothing has been confirmed, some scientists who have studied the formation are convinced that the blocks formed naturally by tectonic motions.

The oceans still hides many mysteries, right? Do you think we will ever be able to explore 100% of our oceans? Share your opinion in the comments.

Can you imagine the excitement of these explorers who stumbled across these ancient treasures? If you found this article interesting then please like and share – 10 Ancient Treasures Found Underwater and Their Mysteries.