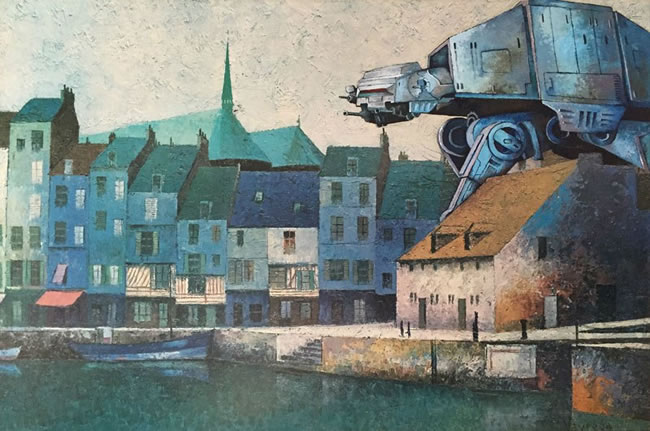 An American artist has suggested a brilliant idea of painting in the movie characters into undesired paintings and the results are brilliant.

Dave Pallot a New York artist admires to research and identify artworks in garage and thrift stores which had been discarded a long time ago.

Once he has identified a possible painting he carefully includes his own special touch by making use of oil paints and modifies what was once regarded as undesired work of art and turn it into a fun and more modern painting.

This is a brilliant mechanism of reusing the old art pieces by making them appeal to the faces of the younger generation and its working because the demand for Dave paintings is increasing now and then.

Here are some of the examples of Dave Pallots work 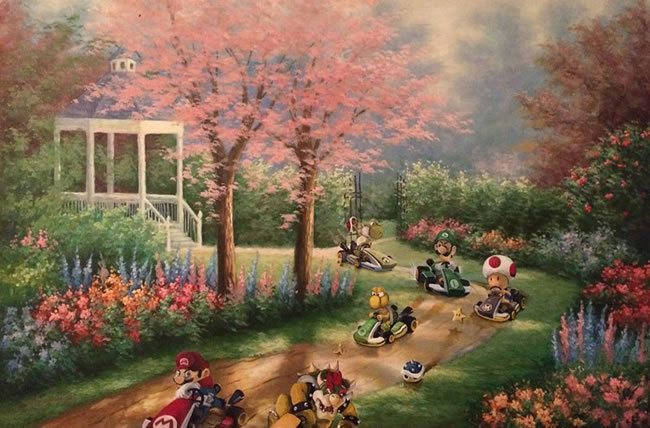 Super Mario Kart is ranked as the 15th-best game of all time and is on the top spot on Guinness World Records’ 2009 list of the 50 best games of all time. 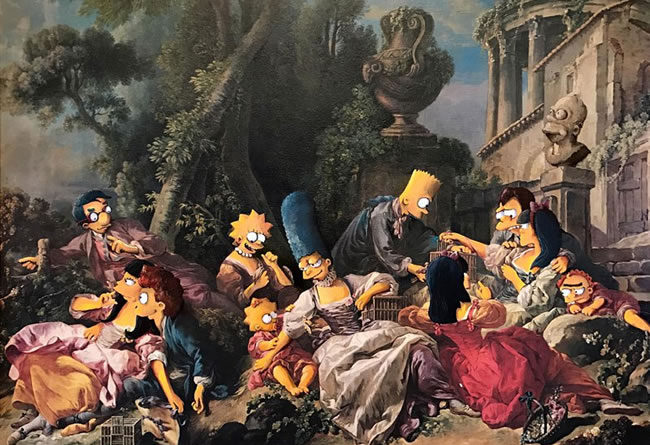 Do you know why the Springfield residents are all yellow? It`s because the creator Matt Groening wanted viewers to see a flash of yellow go by when channel flicking so the viewer knows it was the Simpsons. 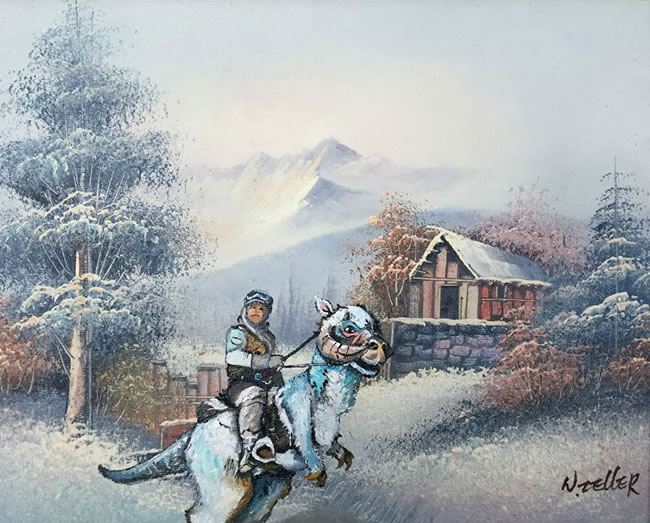 Did you know George Lucas got the inspiration for Luke Skywalker from Flash Gordan? 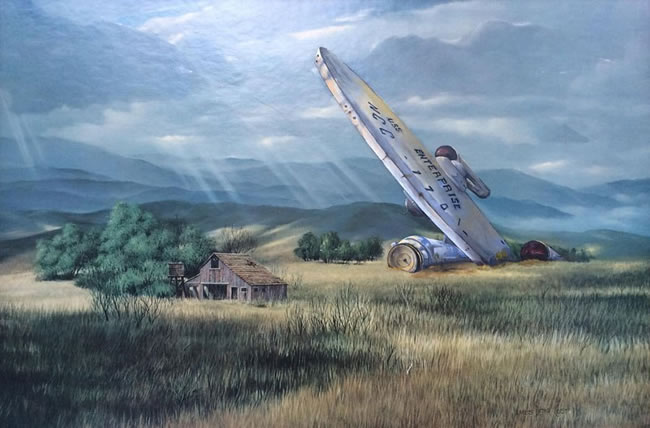 The transporters on Star Trek were thought up because it would have been too expensive for the special effects team to have the crew shuttled back and forth to the planets. 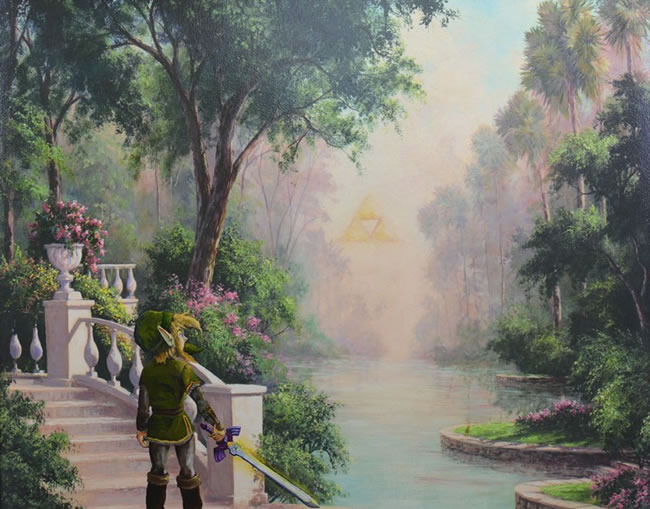 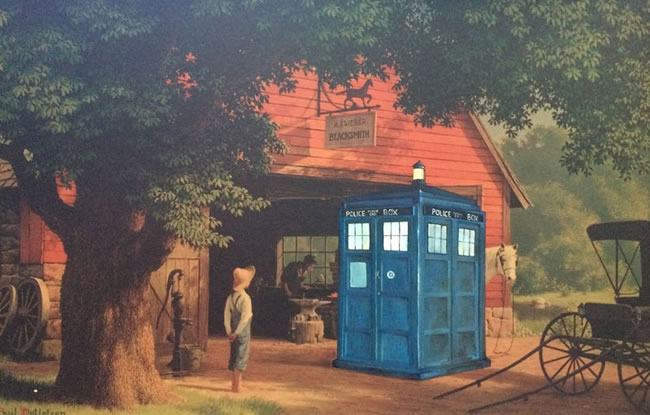 The Doctor’s TARDIS looks like an old police box because it has a broken “Chameleon circuit” which is supposed to enable it to disguise itself to blend into any environment. 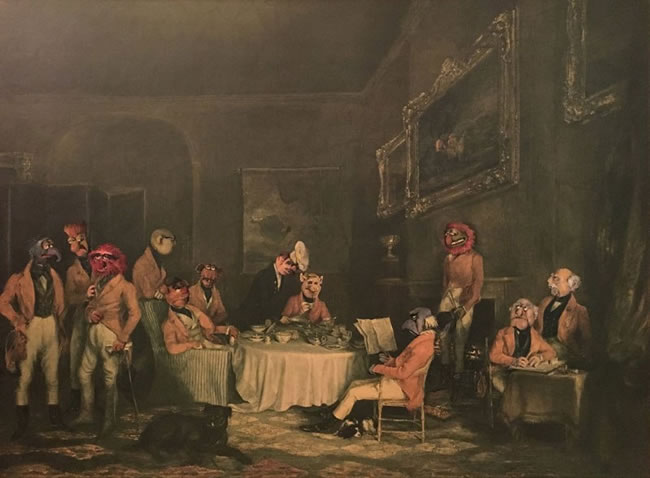 Did you know The Muppet Show was actually a British TV show? American networks declined the show and a British network called took on the show. After it`s success the show was then sold to the U.S. as part of syndication deal. 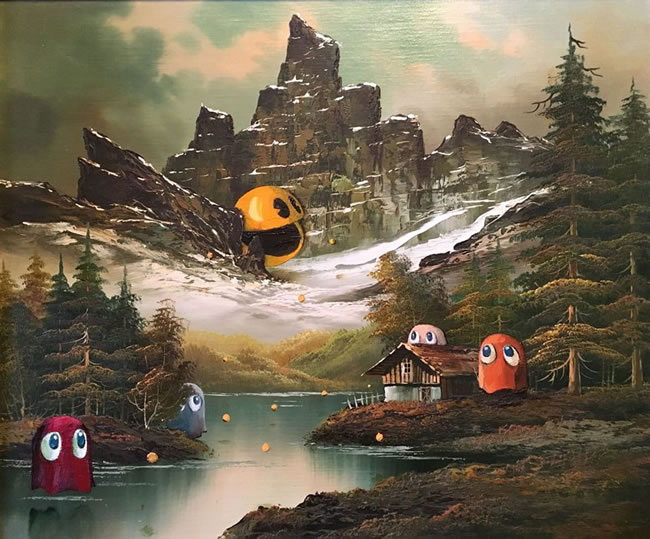 Did you know Pac Man is the most successful coin operated arcade machine ever created? 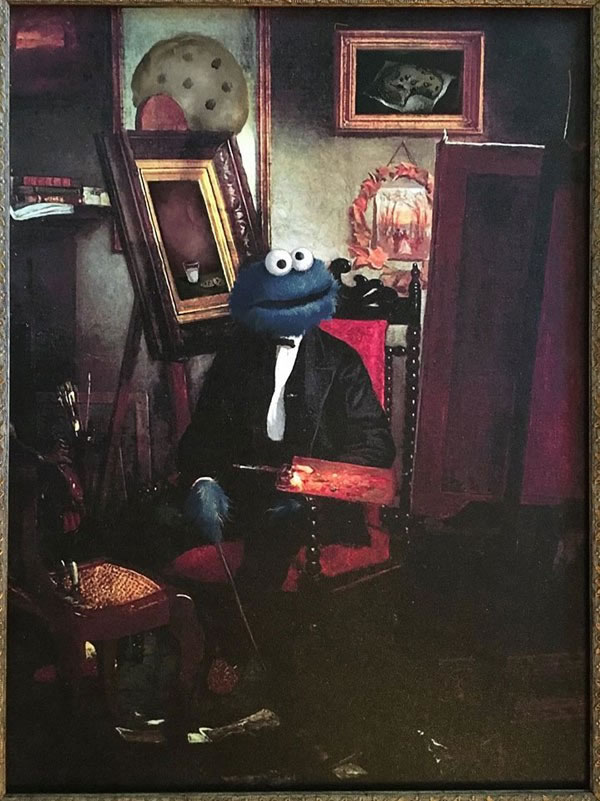 Did you know the cookie monster`s real name is Sid?

The Pull Too The Light – Kylo Ren Painting 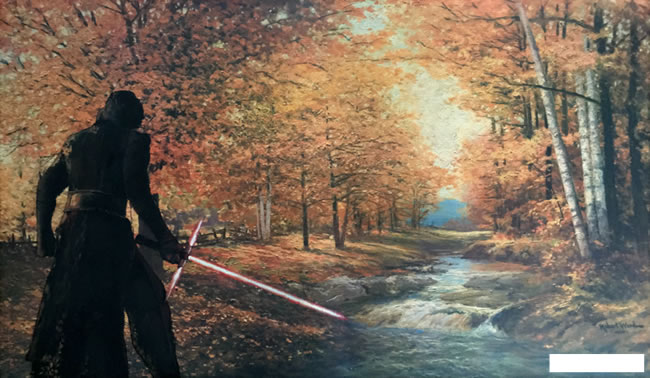 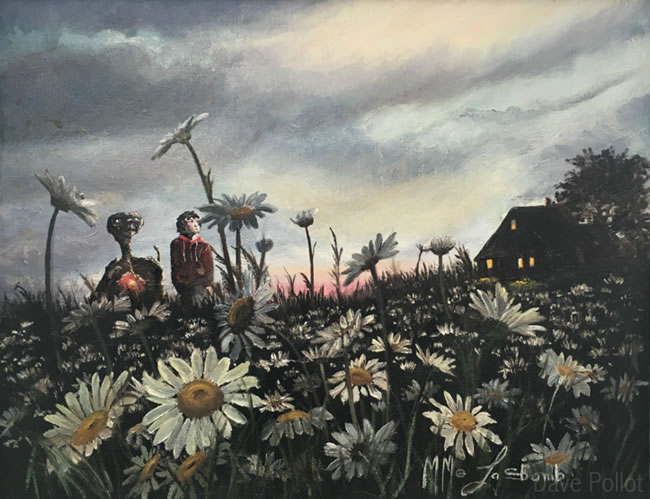 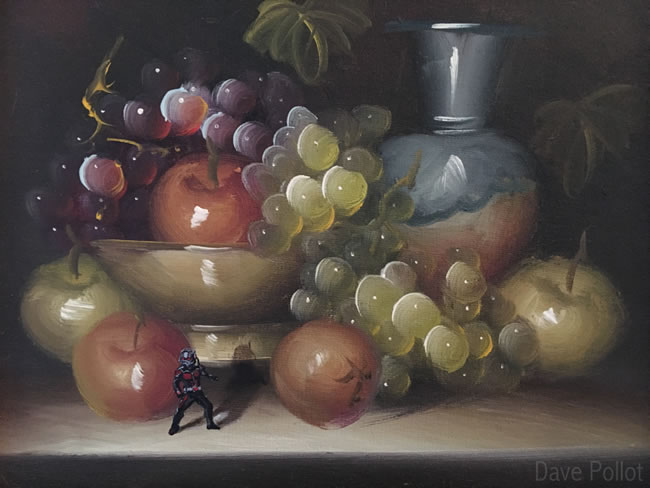 The popularity of Dave artwork is rising on each and every day. A great number of his paintings have been bought by different suitors for the purpose of being displayed in a variety of businesses as well as galleries.

If you are interested in Dave paintings you should consider visiting his official website because more of his paintings have been posted there. You will have adequate time to explore each of them as per your wish. By evaluating each of them you will be in a position to determine which of Dave paintings is your favorite and also the one which inspires you the most.

If you want to know more or see other examples of Dave’s work you can visit his official website here.

So which of Dave’s paintings is your favorite?