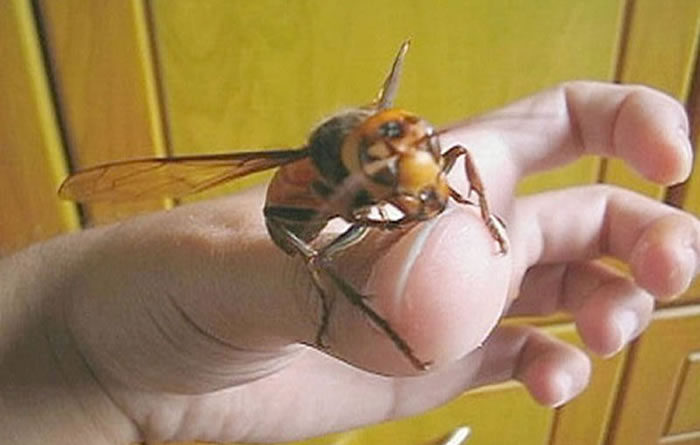 If cats and dogs are not your thing then how about adopting a giant hornet as an exotic pet. While it may seem crazy to most, shockingly some people do! 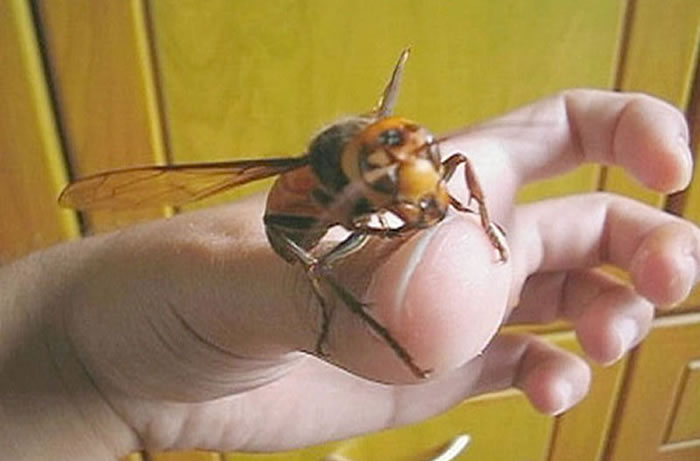 These are the largest members of the wasp family in the world and also the most dangerous. In fact each year many people in Asia die after getting stung by one of these. Last year over 1000 people were hospitalized from stings by this giant wasp and 42 people died.

These facts combined with the knowledge that these hornets are renowned for being very aggressive would make it seam a very unlikely pet. But never the less many people in Asia are now keeping these monstrous size wasps as pets. 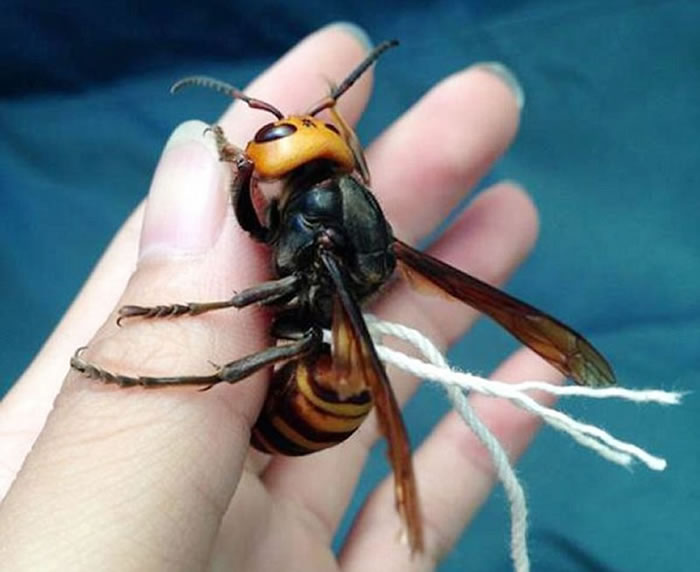 Here you can see just how big they can grow… Nearly the size of your thumb. To stop the hornet from flying away a light cord is attached to it`s abdomen so it remains sitting on the owners hand most of the time. 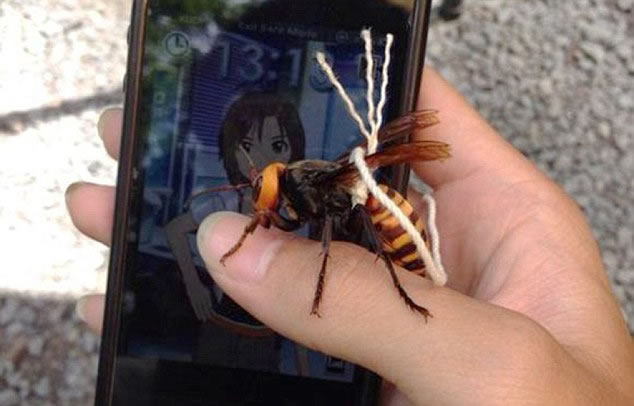 It is thought that constant handling makes the hornets become used to the owner and less likely to sting.

The stinger on these beasts can be a quarter of an inch long and can penetrate deep into the skin to inject a very painful and potentially lethal dose of venom.

So be warned if you are thinking of adopting a giant hornet as a pet you are putting your life in it`s hands. Just don`t make it angry because just one sting is enough to kill a person. 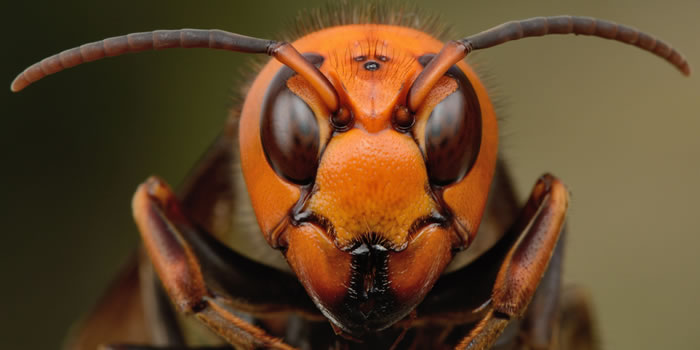 1. They are very quick! These hornets can fly as fast as 25 miles per hour.

2. Only the female hornets actually have stingers.

3. Back in 2017 in Japan, a woman in a wheelchair was attacked and killed by giant hornets. They swarmed her and stung her more than 150 times in 50 minutes. Even though rescuers were at the scene, they just couldn’t break through the huge swarm of hornets to rescue her.

4. They love to eat honeybees. Once a scout discovers where the honeybees are, it will leave pheromone markers around the hive to mark where to attack. A single giant hornet can kill around forty honeybees per minute, a swarm of 30 hornets can take out a colony of 30,000 in just a few hours.

5. You can survive a sting from a giant hornet but it has many side effects and damage your kidneys.

6. It is one of the most painful stings in world, the agonizing pain can last for several hours.

7. Sucking the venom out doesn`t work, the venom travels so fast through your body no amount of sucking will help in fact you are more likely to spread germs from your mouth into the wound.

8. Japanese people make beer with giant hornets. They drown them in a special type of beer known as shochu and wait for the venom to be released into the alcohol and then seal it in barrels for a number of years until the beer is ready to be consumed.