Revenge is never the best way out. However, we have to agree that some people deserve a good lesson and This drivers just annoyed the wrong person and had the revenge that they deserved.

We separated some images of people who took revenge in a hilarious way as possible. Some situations are unbelievable. Check it out below! 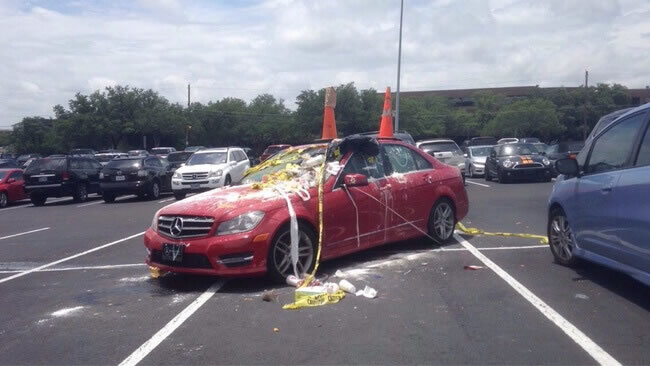 There is nothing worse than someone occupying two or three parking spaces. For some reason, the above citizen parked his vehicle bizarrely. He seems to have simply dropped the car without worrying about the white marking on the floor. How ugly! In revenge, other people threw flour, egg and toilet papers in the car.

2. Be careful where you leave your car 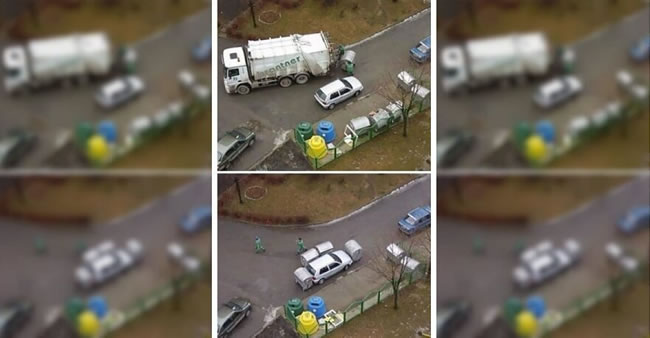 One more clueless person on our list. This driver simply ignored the forbidden parking sign and left the car in front of the garbage container. Missed education! Unable to work, the garbage men decided to take revenge. They blocked the vehicle with other dumpsters. Hilarious! Imagine the reaction of the person when he arrived to pick up the car.

3. Don’t leaving your pet alone in the car 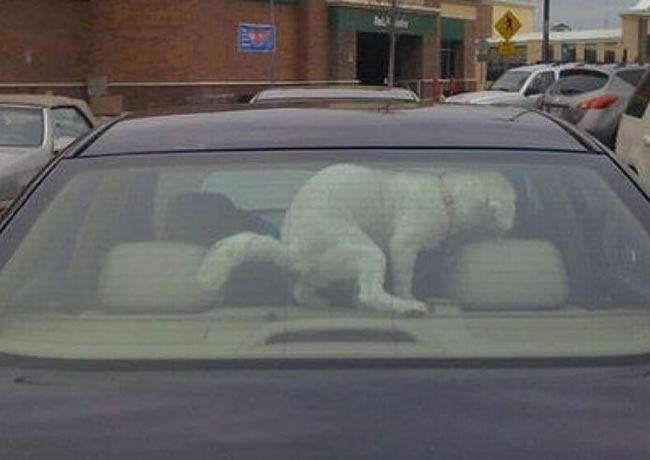 One more proof that animals can also be vindictive. This dog did not like being alone in the car while his owners had fun in the street. Therefore, he decided to make his needs in the vehicle. Ew! It must not have been nice to clean this dirt. Once you see this picture, will you have the courage to “abandon” your dog in the car? I don’t think so!

4. How to use the fire hydrant 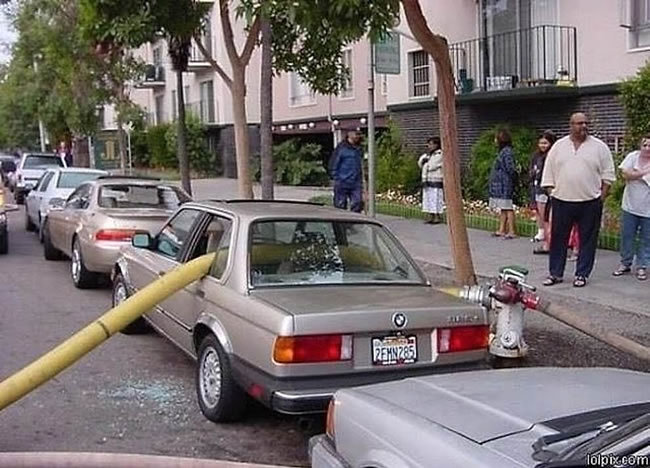 There is a good reason why parking in front of a fire hydrant is not allowed. But it seems that not everyone knows this. The owner of this vehicle ignored the traffic regulations but suffered the consequences. The firefighters decided not to divert the route and broke the car’s glass to pass the hose. What a harm! But it deserved, right? 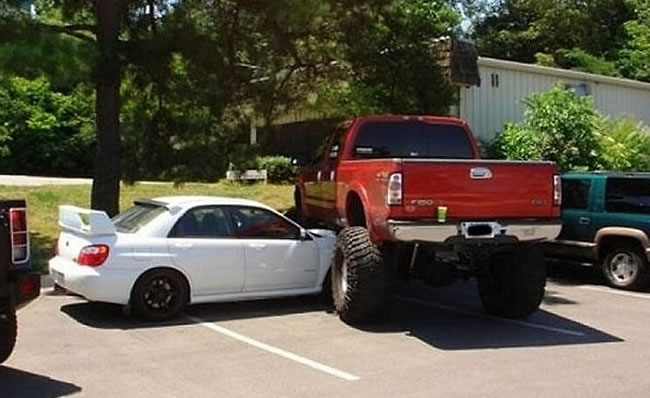 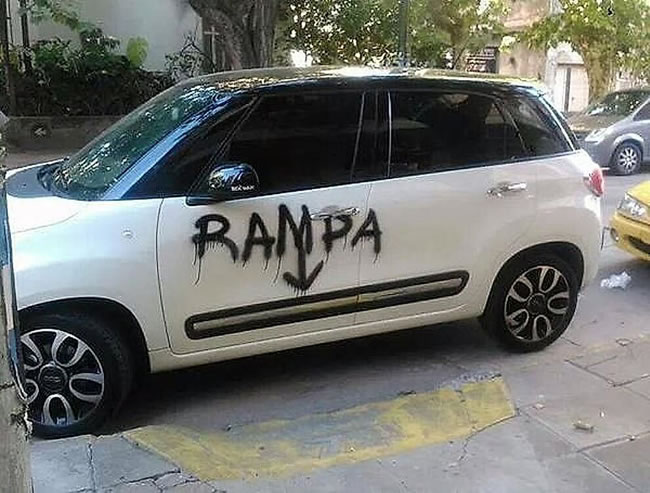 What a disregard for people with special needs! This citizen simply parked his vehicle in front of a ramp, making it impossible to access the site. Missed education, right? As a form of revenge, someone wrote in the car the word “ramp” very large. It must have been tricky to remove this black paint from the car. 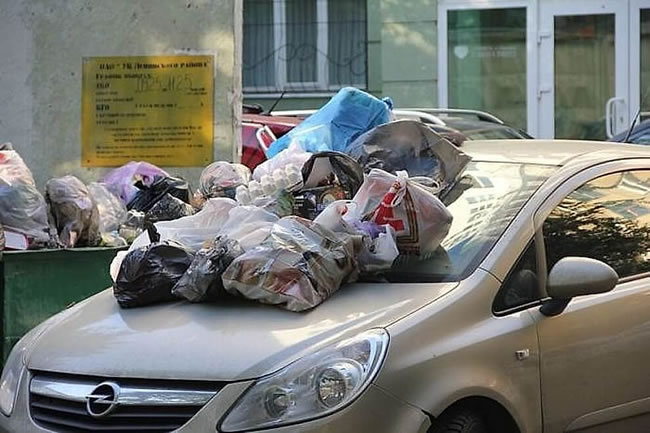 One more driver who did very badly. After parking in front of a dumpster, the owner of this vehicle suffered serious consequences. The other residents of the region put the trash on the car. The reason? They could not reach the container. It makes sense, right? It must not have been easy to clean up all the dirt afterwards. 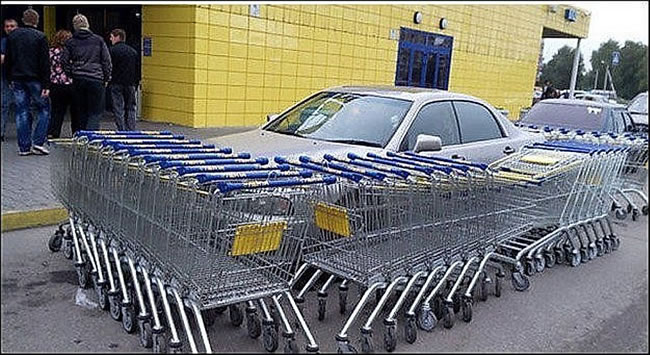 It has been seen here that you should not park in a forbidden place. In addition to being subject to a traffic ticket, you can still be bullied by other people. Look at this example above! The owner simply left the car in an inappropriate place. The result? Other people put several grocery carts around the silver vehicle. It will be hard to remove all this to leave. 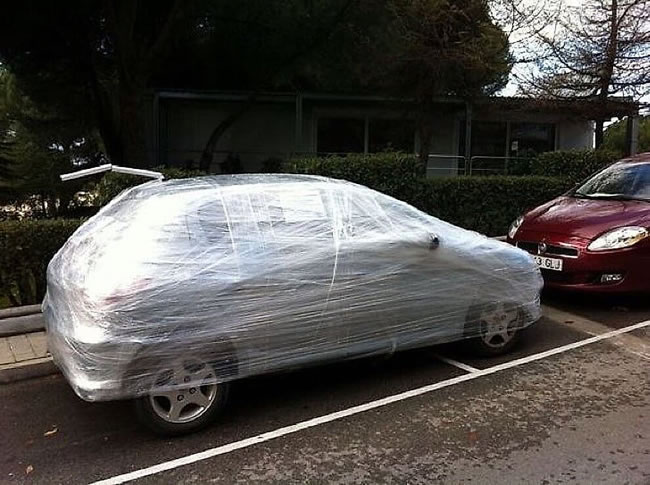 The owner of this car must have done something very unpleasant to someone. That alone explains what was done with the vehicle. No one would waste time doing that if they weren’t too angry. Do you agree? Imagine the work this person had to remove all this plastic. Did she regret her actions or wasn’t revenge enough? 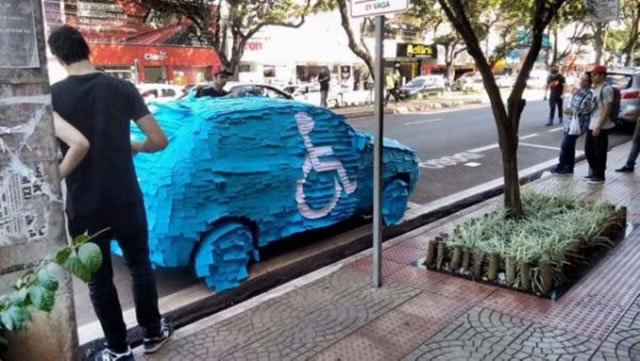 Driver parked in a spot for disabled and had the car covered by colored stickers that formed the road sign for disable parking. One less driver to leave the car in a forbidden place. He must have learned a lesson, right! 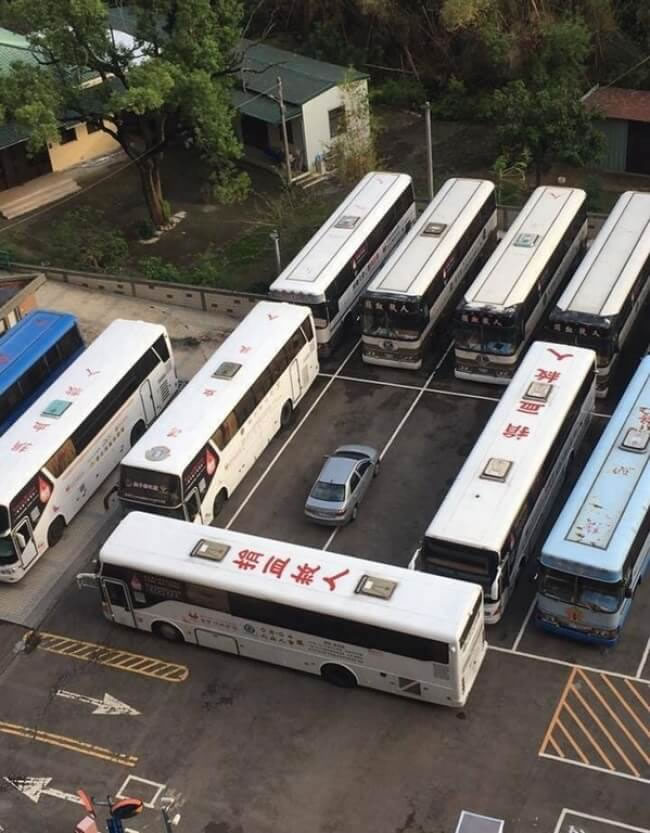 A revenge together! The drivers of this bus company decided to apply a concealer to the car owner in the photo above. After leaving the vehicle improperly parked, she was penalized in a very funny way. The drivers simply surrounded the car. It was impossible to remove the vehicle from the scene. A revenge beyond creative to close our list. 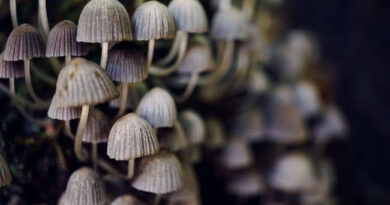 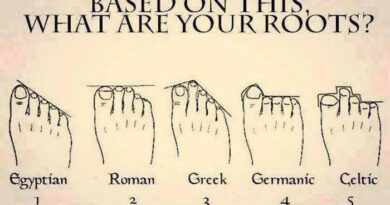 Discover Your Family`s Origin From The Shape Of Your Feet