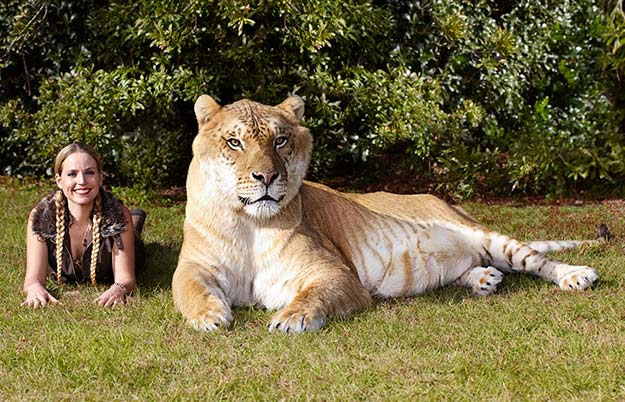 Introducing Hercules, not only is he one of the rarest cat breeds in the world but he is also the biggest pet cat ever. Can you imagine how much his cat food bill is every month?

Hercules is the undisputed biggest cat in the world. He stretches an incredible ten feet long from the tip of his tail to his nose and weighs in at a staggering 922 pounds, that’s nearly half a ton.

He is the result of a experimental cross breading between a lion and a tiger. This new bread is called a liger and these giant felines are now classed as the largest cats on the planet. 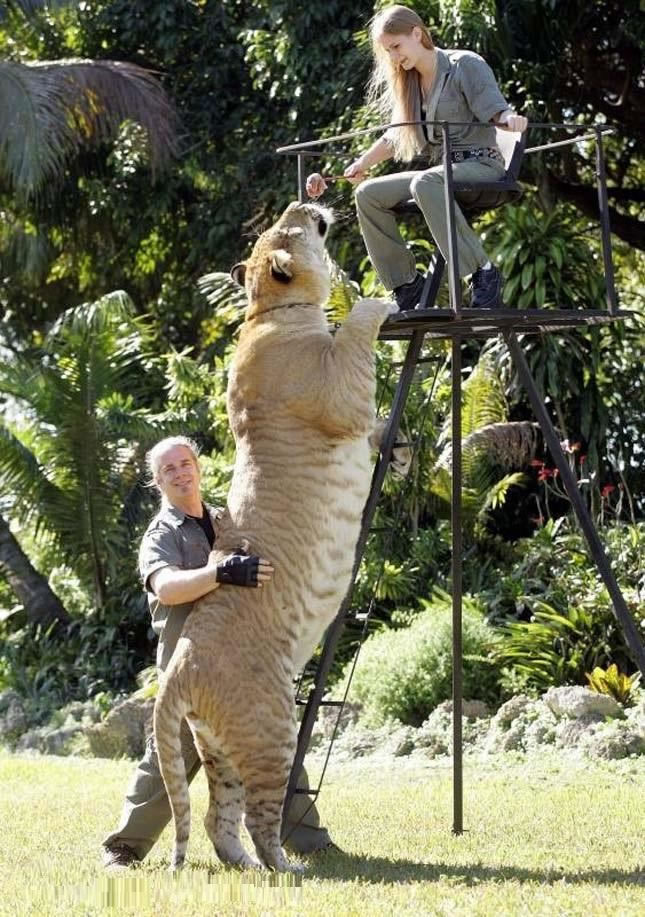 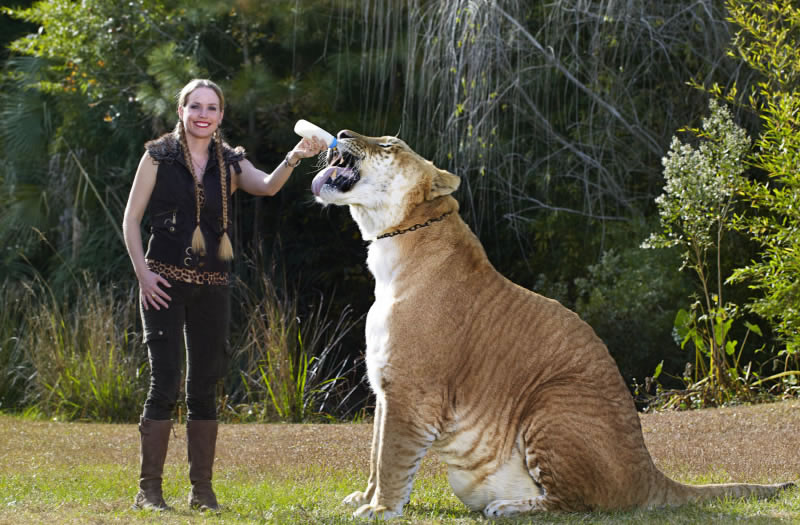 Hercules is officially listed in the Guinness Book Of Records because of both his actual length and his massive weight. He stands at just under four feet to his shoulder.

Hercules lives with his owners at the family’s Myrtle Beach Safari park, a beautiful wildlife reserve based in South Carolina, United States.

Looking at the awesome size of Hercules it is hard to imagine getting into the enclosure with such a magnificent and potentially deadly animal. But the truth is he is actually a very calm and gentle giant. He loves to play and be pampered by his owners.

Ever since he was just a small cub he has never shown any signs of aggression or bad behavior towards his loving owners. For them he is part of the family in the same way that we would treat our pet cat or dog.

Wouldn’t you just love to spend some time with Hercules? Not only is he the biggest cat in the world but also one of the most loving. He just loves getting big cuddles all day long. 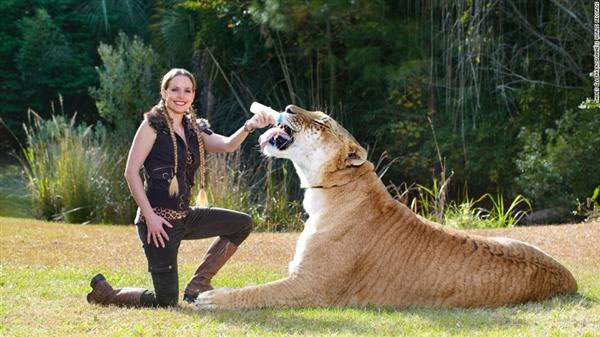 1. They love to swim. Ligers have inherited the trait from their tiger parents to have a swim whenever the urge develops.

2. Ligers have been around since the 18th century but it wasn`t until 1930 that they were given the name Ligers.

3. Ligers can only be found in captivity.

4. These cats grow at an incredible rate, during their 1st year they gain 1 kilo every 2 days.

6. It is estimated that there are less than 100 ligers in existence with America having the largest number at around 30.

7. Some male Ligers have mains.

8. Due to being in captivity most Ligers are overweight which makes them look bigger than what they are.

9. They have long lives, one Liger was recorded to live to 24 years of age which is much longer than the standard 16 to 18 years for a big cat.

10. Ligers are fast runners, they can reach speeds of around 50mph.

12. Tiger mothers need C-sections to deliver Liger cubs because they are much larger and so normal births are pretty much impossible.

13. Most zoos and associations are against the breeding of Ligers in captivity and so the majority of Ligers are kept by private companies or people.

Research Shows People Who Marry Teachers Have A Happy Life 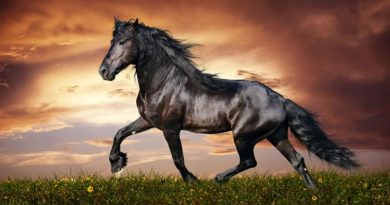 Fun Facts About Horses That You Probably Never New 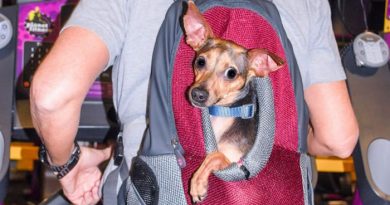 Running Marathons With Disabled Dog in a Backpack