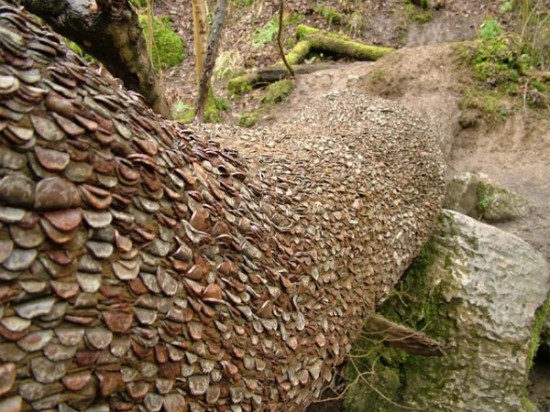 A mysterious wishing tree has been discovered in North Wales which has become the bearer of people`s wishes for many years.

This wishing tree was only cut down a few years to make way for a path for the locals but within a short space of time it has become a symbol of hope for many. Legend has it that hammering a small coin into a tree trunk will relieve you of illnesses.

While the idea may seem a little bizarre to some there are many people who believe in tree wishes hence the hundreds of coins hammered into this money tree.

While this maybe the first wishing tree in the welsh village Portmeirion it is not a new tradition. Wish trees have been around since the 17th century and can be found on trails from the Peak District all the way up to the Scottish Highlands. 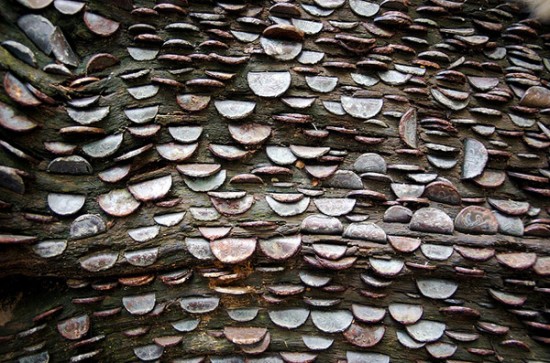 Only fallen trees are used for tree wishes and as the first giant log in Portmeirion is now completely covered in coins people have started looking else where for other downed saplings so they may add they coins and hope for good fortune.

According to a local tourist agency these wishing trees are quickly becoming an attraction with many visitors to the village inquiring on where to find these wish trees. 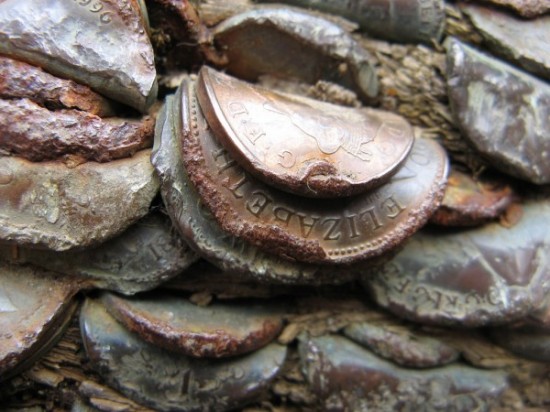 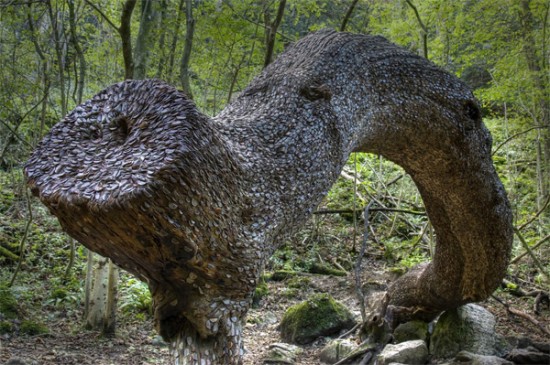 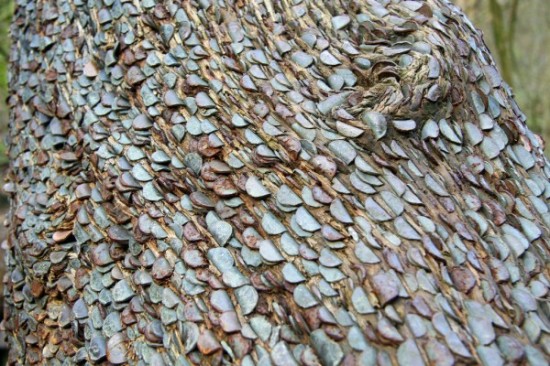 Portmeirion is a beautiful tourist village in North Wales. It has been used for several British TV shows such as The Prisoner and The village and also used for music videos by Paul McCartney, Iron maiden and many other musicians.

The village has long been a tourist hotspot and now these wishing trees have added to the popularity of Portmeirion. 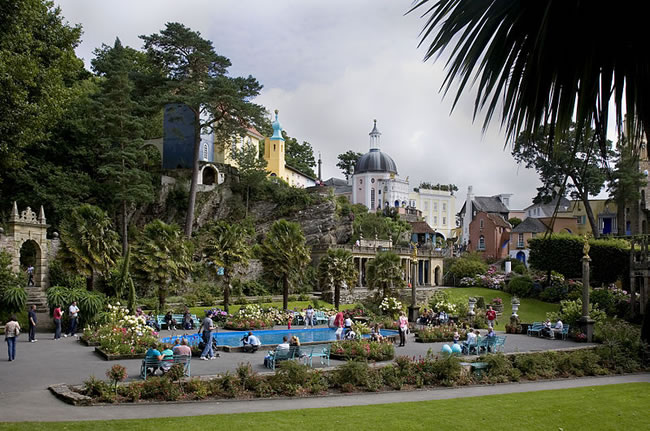