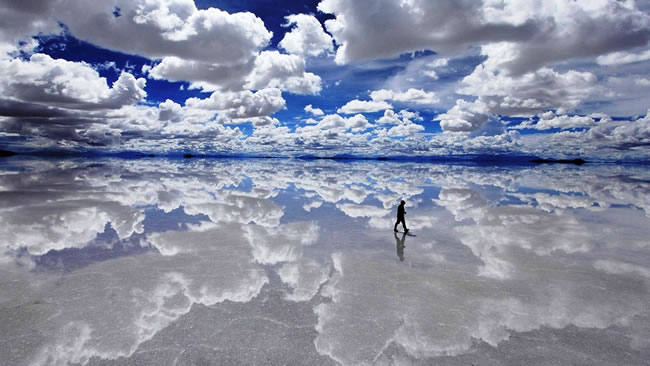 Natural phenomena are events that do not have human intervention. These are all nature’s events, from a rainbow to a tsunami. Thus, natural phenomena can be fascinating, but they can also be natural disasters.

We have organized a list of 18 natural phenomena, with information, curiosities and photos so you can see what nature is capable of.

The Great Blue Hole, off the coast of Belize in Central America, is the largest ocean hole in the world, measuring over 300 meters wide and reaching 124 meters deep. It formed thousands of years ago as a limestone cave. As sea level rose at the end of the last ice age, it was submerged.

In the 1970s, the place was popular with legendary French explorer Jacques Cousteau, who mapped the depth of the hole. And since then it has been a famous and desired dive site. 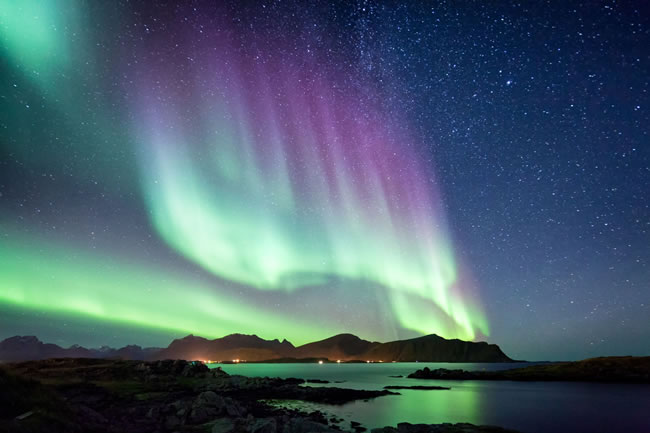 It is an amazing phenomenon of bright and colorful lights dancing in the sky.

More scientifically, it is possible to describe the dawn as an interaction between the earth’s magnetic layer and the energized particles from the solar wind. This phenomenon can only be seen in the polar regions, being called austral at the south pole and boreal at the north pole.

The color variation is explained by the irradiation of the different ions. The most easily visible color is green!

A curiosity about the northern lights is that what we see in photographs is not always the same image we will see live. The reason for this is that, due to the exposure time of the camera, it is possible for the camera to capture more intensely, while we, with the naked eye, see colors weaker. But don’t be disappointed, it’s a beautiful event, with camera or without camera!

Located in Germany, near the town of Ulm, this lake has an impressive blue color. With an estimated depth of 22 meters, it has underground caves at its bottom.

Studies claim that the color of the water is related to the fact that it is a region of limestone mountains that, when falling and being decomposed in the lake, remained at its bottom. Then, when sunlight comes into contact with the lake, blue light spectra are generated.

4. Bio-luminescence in the sea 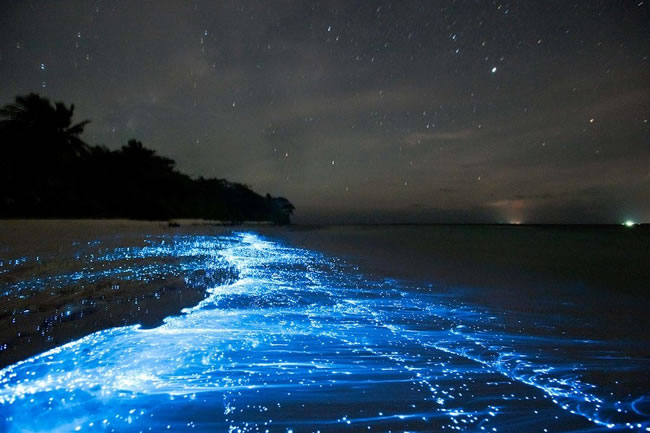 This phenomenon can occur in beaches that have some phytoplankton species (photosynthetic microorganism communities). It is generated by highly exothermic chemical reactions.
In the phenomenon happens a transformation of chemical energy into light energy, which causes microorganisms to illuminate. When the waves hit the sand the effect and the brightness of the microorganism is even greater.

If you would like to see this phenomenon, we recommend the Maldives islands. According to Visit Maldives, there is a high incidence of bio-luminescence between October and April.

One of the most famous places in Maldives to admire the phenomenon is the island of Vaadhoo, located about a 15-minute boat ride from the archipelago’s International Airport.

5. Salar of Uyuni in Bolivia

The Salar of Uyuni is amazing, it is the largest salt desert in the world. In the rainy season, it can look even more fantastic and become a true natural mirror that reflects the sky.

Look at the pictures and dream about this real paradise. 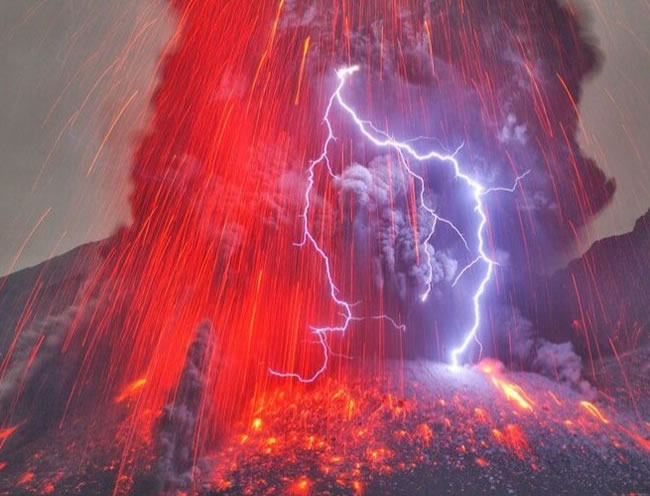 They occur in volcanoes at the time of volcanic activity. As studies point out, it is a process that originates from the collision between ice particles in the cloud, rock fragments and ashes, generating electrical charges.

Just looking at the pictures gives you a little fear: volcanic eruptions and lightning together! No, thank you. 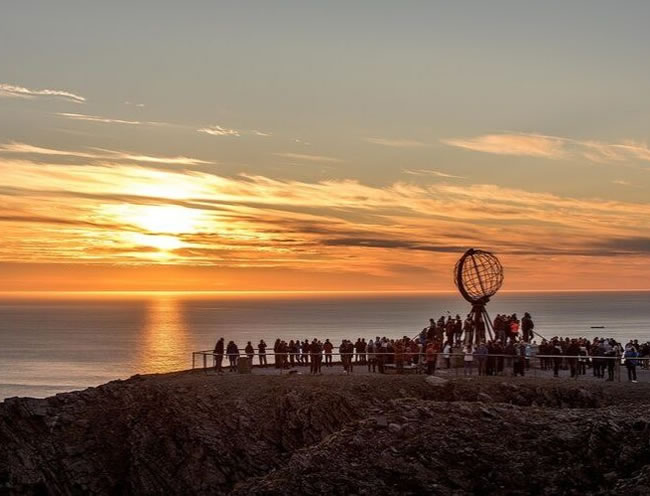 This phenomenon is specific to the polar regions (Arctic Circle and Antarctic Circle). The midnight sun and the polar night are related to the tilt axis of the earth relative to the sun.

The midnight sun is when the sun is visible for 24 hours. It occurs in the summer months.

Polar Night is the opposite, so it is 24 hours without Sun. It occurs in the winter months.

8. The migration of red crabs on Christmas Island 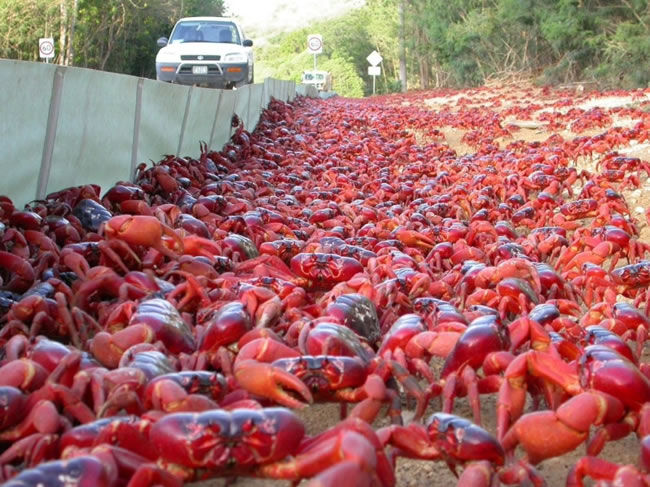 Between November and January, about 100 million crabs migrate from the forests towards the Indian Ocean to lay their eggs.

The phenomenon, which occurs on Australia’s Christmas Island, mobilizes the entire region, which even closes roads and streets to facilitate the movement of this huge amount of crabs. There is even the creation of plastic bridges to facilitate the access of animals to the sea and prevent accidents.

The annual event brings many curious tourists who like to see this beautiful movement of nature in pursuit of the continuation of its kind.

9. Eye of the Sahara 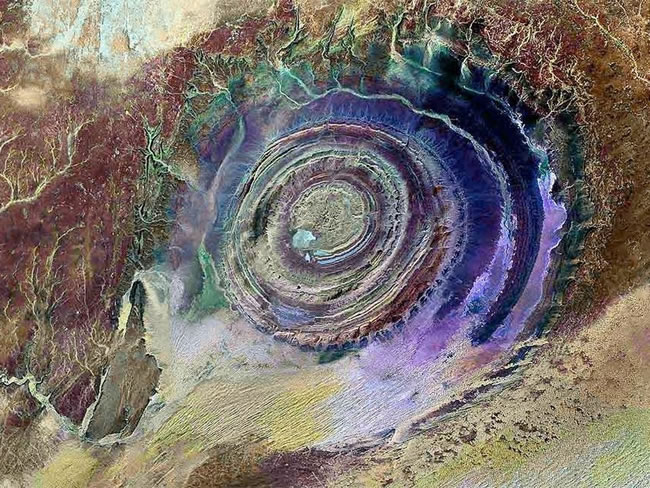 Called the “Sahara Eye”, “Eye of Africa” and “Richat’s structure”, this circle is about 50 kilometers in diameter and intrigues scientists to this day. Studies show that the circular formation could be from the impact of a meteorite or an atypical volcanic eruption.

The most curious thing about this structure is that it can be observed by astronauts and the shape of the eye is very visible, with spirals around it. 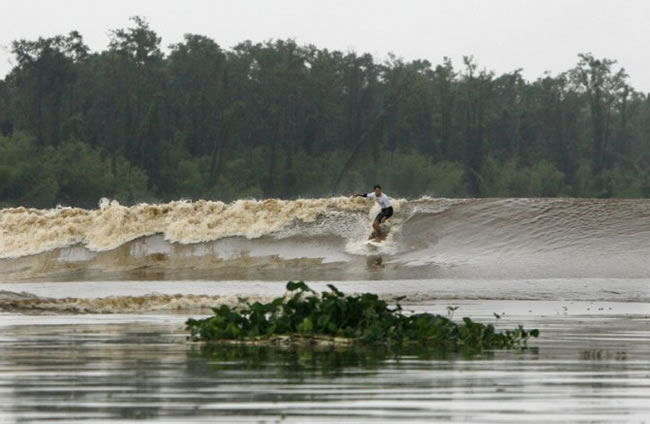 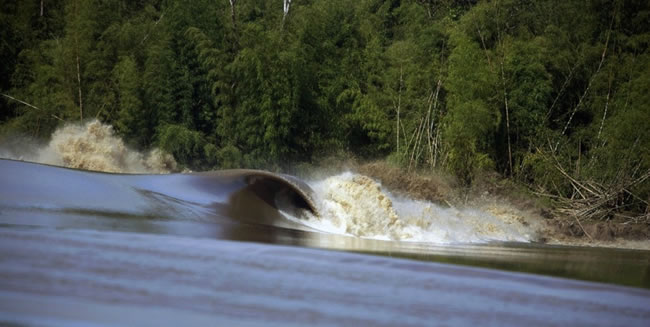 This phenomenon happens in the Amazon River in Brazil. Occurs by the encounter of the high tide of the sea with the Amazon River, forming a huge wave that travel the river for miles against the current, taking everything ahead.

There are some brave surfers who venture to surf on these waters. 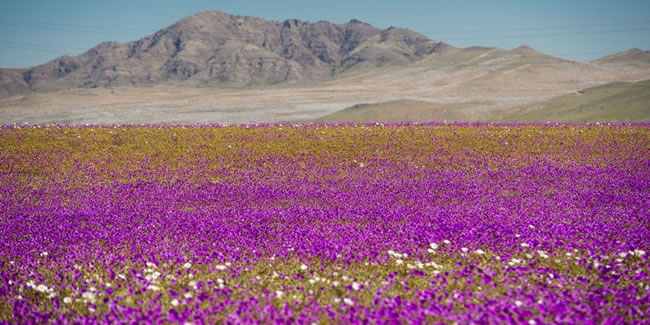 The super-florescence can occur in some deserts around the world, this one in the photo is Atacama, a desert located in Chile. During this event, it is possible to see several species of flowering plants.

The rare phenomenon depends on specific climatic conditions, with the need for rain during spring to enable seed germination. 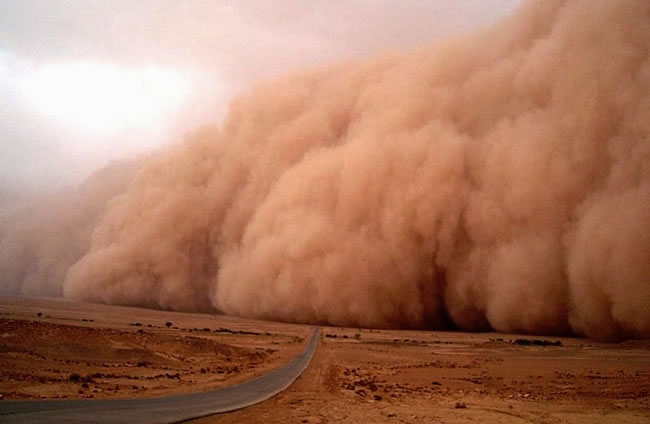 The sandstorm is a large mass of dust or sand particles, which is displaced by turbulent high winds and raised from the ground to a considerable height. These storms are more frequent in regions with large amounts of sand, vegetation-free soil and low humidity, such as deserts.

The amount of sediment these puffs can carry is impressive. In the Sahara Desert alone in Africa, winds are estimated to carry 260 million tonnes of sand annually to other regions. Of this total, about 35 million tons will end up in the Atlantic Ocean. 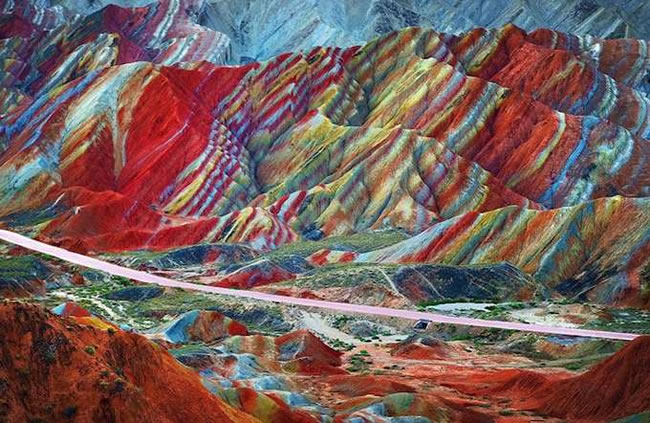 There are some colorful mountains around the world, the most well know are the ones of China and Peru.
The formation of these various colors, which make them called rainbow mountains, is related to climatic and geological characteristics of each region, with the occurrence of actions between minerals in contact with water and wind. 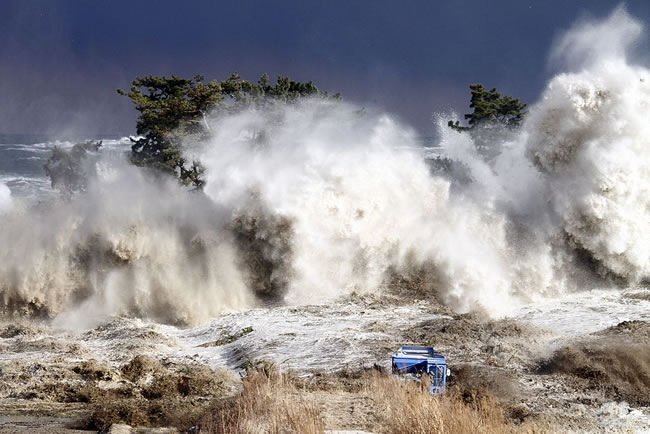 Gigantic waves that occur in the oceans. Tsunamis originate from the movement of tectonic plates that exist below the oceans. Volcanic eruptions and undersea landslides in the ocean can also cause the phenomenon.

Tsunamis are famous for having already caused many disasters.