Everybody remembers the evil little girl from The Ring and while she may have scared the pants of most people in the film she has actually turned gorgeous in real life. Child actress Daveigh Elizabeth Chase played the role as the evil girl – Samara Morgan in the 2002 horror film – The Ring. Due to her talented acting skills she managed to win the Best Villain award at the MTV Movie Awards.

Daveigh Elizabeth Chase has appeared in many films since The Ring such as Donnie Darko, Beethoven’s 5th and Big Love. She has also had numerous roles in American TV shows including Sabrina, the Teenage Witch, Charmed and Without a Trace. 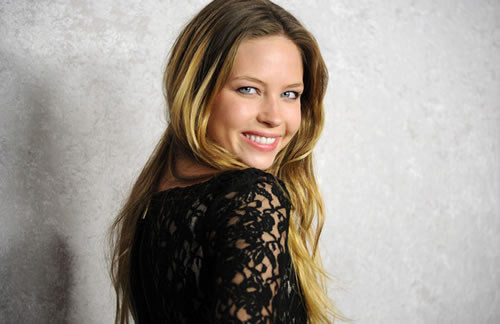 The Ring was produced in back in 2002 and was an American remake of the 1998 Japanese horror film with the same name. It became an iconic horror movie and spawned numerous spoof movies.

The Ring turned out to be a huge success and became one of the biggest horror movie earners of all time.

It was followed by a sequel in 2005 called The Ring Two which starred Daveigh Elizabeth Chase reprising her role as Samara. A new sequel is being released this year called just simply Rings. Even though Daveigh wont be starring in it footage of her from the first movie is going to be used.