Discover some scary sea monsters that are still swimming in our oceans today. After seeing these deadly creatures you may never want to take a dip in the sea ever again!! Or would you? 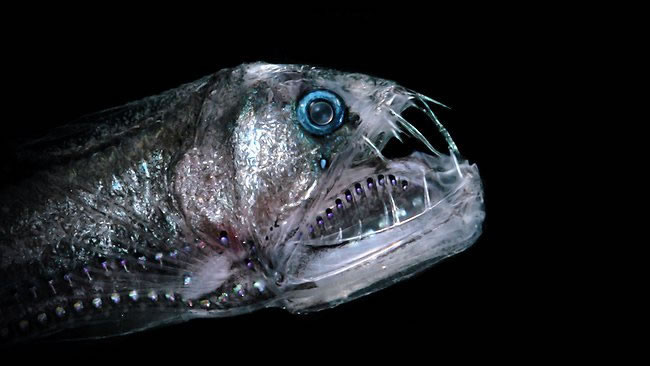 The terrifying Viperfish can be found about one mile down in the deep dark parts of the ocean. It`s body is transparent and it cleverly manages to make it`s internal organs glow in the dark waters to attract it`s prey. 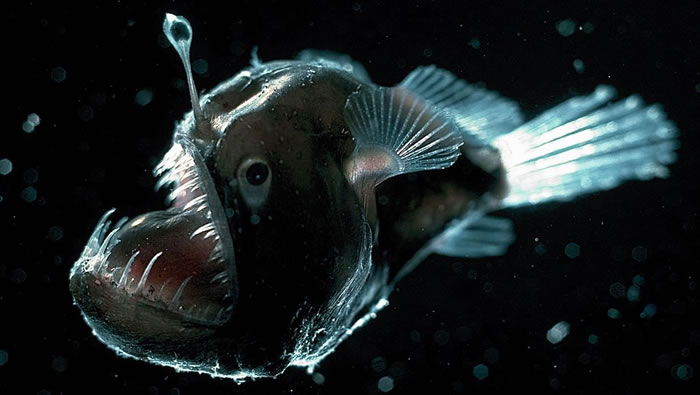 Meet the fish that likes to fish hence it`s name Angler. It also lives in some of the deepest parts of the ocean and has a special dorsal spine that glows to attract it’s lunch. It`s sharp terrifying teeth have no trouble slicing through flesh and could easily bite your finger off.

The Angler also has a nickname “Black Devil”, it`s not hard to see why.

Giant squids have been the nightmare of sailors for centuries but while most never cry to the size depicted in Hollywood movies they can grow to an amazing 60 feet long.

The coffinfish has the same type of defense as a puffer fish, it can enlarge itself when it senses danger but with one miner difference. It produces spikes all over it`s body. 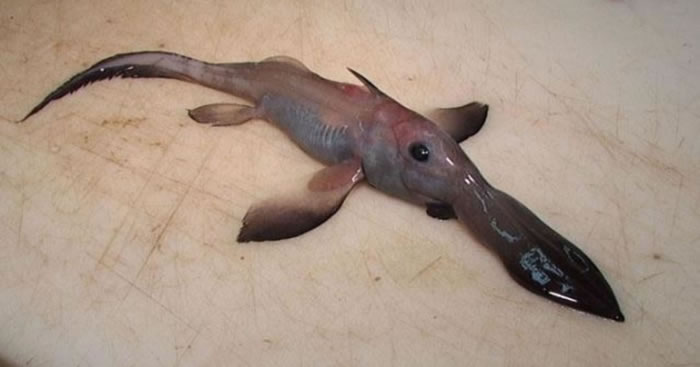 At first glance this fish doesn`t look very scary but it is actually extremely deadly. It`s skin is highly venomous and just small one touch is enough to kill you.

Thankfully this little critter only grows to six inches in length but don`t underestimate him. It devours anything that enters it`s territory in the deep sea. 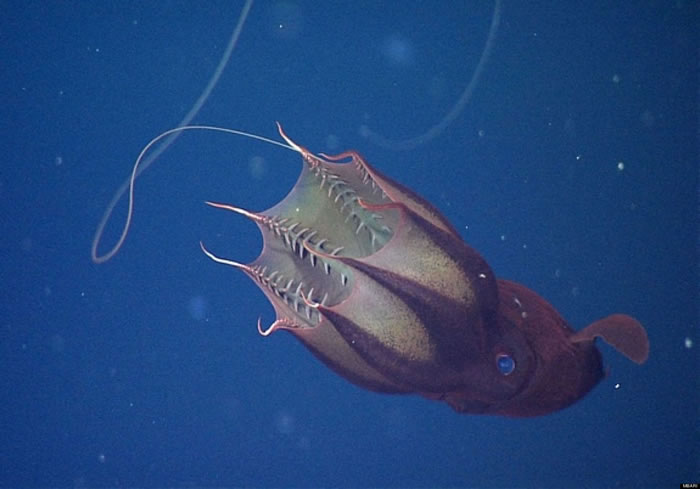 The vampire squid is different to normal squid because it`s tentacles are joined by a sort of webbing skin it also has enormous eyes. It can only grow to about six inches but it`s sharp spiked tentacles can stretch to twice it`s bodies length.

The Gulper Eel is the pelican of the fish world. It swallows creatures whole and has a stomach that stretches much like a snake. It can grow to six feet and is capable of swallowing you whole. 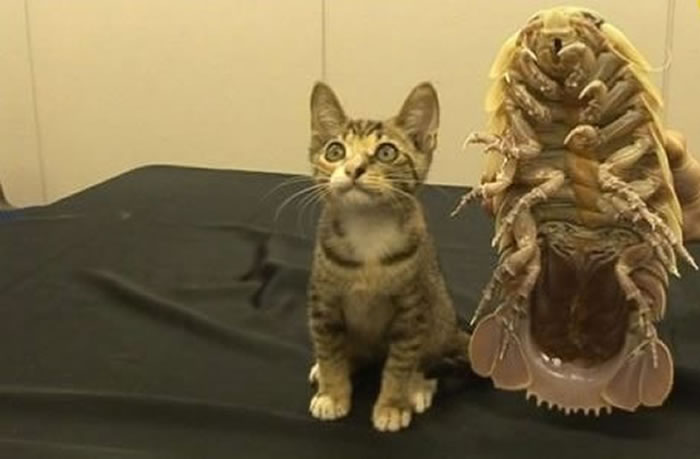 Most people hate bugs and when they are this big they are terrifying. 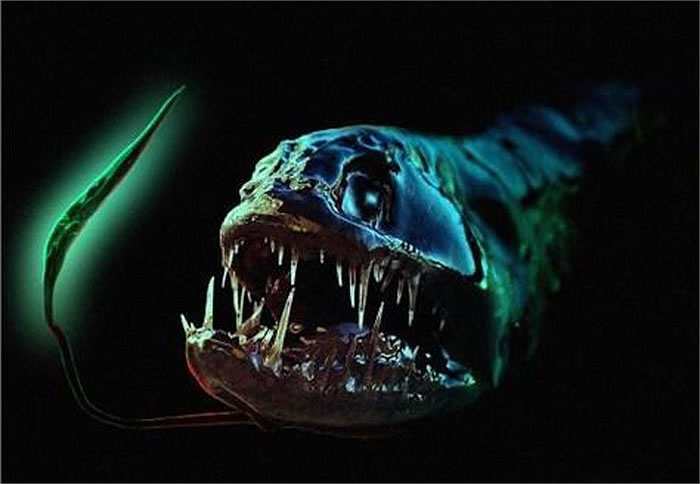 The Dragonfish also loves to fish, it has a long barbel that glows to attract small prey and huge sharp teeth to devour them.

Thankfully the chances of you coming across these scary sea monsters are almost impossible so it`s still safe to swim in the sea, or is it?