These places may look like paradise and somewhere you would love to chill out but there are many hidden terrors on these dangerous beaches. Read on to find out what.

Starting off our list of dangerous beaches is Hawaii. Yes they do have amazing beaches and giant waves perfect for surfing but there are also hidden dangers.

Hawaii is home to various volcanoes. Mount Kilauea is the most active and sometimes spews out lava threatening the nearby villages and beaches. While the chances of actually being caught up on the beach during an eruption is slim, there is still a chance.

What makes this one of the most dangerous beaches in the world is the highly strong undercurrents. While the sea looks irresistible to enter it`s nature’s trap and many people have been swept out sea.

Surprisingly it hasn`t put tourists off and thousands of beach goers flock here every year. A special lifeguard team has been set up at Playa Zipolite and thanks to these heroes the number of drownings has declined over the years.

It is actually prohibited for any humans to step foot on Fraser Island but for good reason. The sea circling the island is home to hundreds of jellyfish and sharks but that`s not the only danger.

The beach may look like paradise but it is home to some of the world’s deadliest spiders and just to make matters worse there a few huge crocodiles living here too.

Gansbaai has the largest amount of white sharks than anywhere else in the world. It is not exactly safe to take a leisurely swim in the sea here but the danger attracts many adventure seekers who come along to feed these giant beasts.

The coastal seas around Florida are shark infested and have the highest amount of shark attacks in the world. On some beaches it`s forbidden to enter the water because there have been too many shark attacks.

But thats not all, Florida also has the highest fatalities from lightening strikes in North America too. Guess you are not safe in the water or on the beach.

Chowpatty Beach is one of the most polluted beaches in the world but every year thousands of holiday makers come to the beach. The sea has so much fecal matter it has become a haven for bacteria and those brave enough to take a dip often come away with diseases.

Bikini Atoll seas are also shark infested but what you should know is that these islands were once a testing ground for nuclear weapons between 1946 to 1958. More than 20 nuclear bombs were set off here and covered the entire area with radiation.

Even though the area has been classified as safe do you really want to visit there?

Schitovaya Bukhta is famous for being having the best surfing waves in the world but unfortunately it`s also one of the most dangerous beaches in the world too.

There are numerous military bases near by that do weapons testing and what`s even more scary is that one of them is used to store old nuclear submarines which are leaking radiation.

Extreme surfers love visiting Heard Island but because it`s the Antarctic the water is ice cold and many surfers often get hypothermia and other cold related ailments.

This may look like another paradise island but it`s inhabitants are extremely hostile. Planes that have flown too close to the island have been shot by flaming arrows and everybody who has tried to make contact with the tribe have been attacked. Some have even been killed. 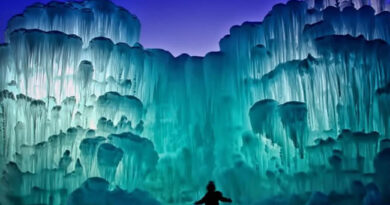 Ten Amazing Vacations You Need To Go On Before You Die 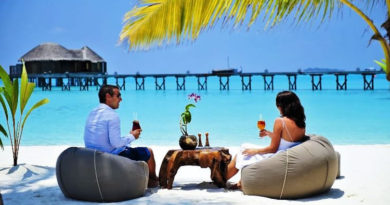 Top 10 Honeymoon Destinations In The World 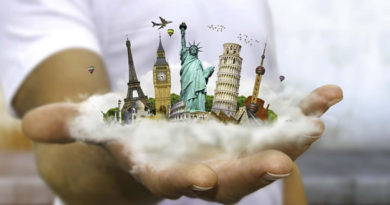 Tips On How You Could Be Saving Money On Travel Insurance