A friendship that will be marked forever, literally. Heather Ojeda, 42, from California (USA), met her kitten, Tribble, in 2000. She became her best friend. An exciting story of longing and love. We will tell everything, from the beginning.

A woman entered the vet’s office where Heather worked, holding a small cardboard box. According to Heather, the woman told her that some children were playing with abandoned kittens, and when they went to put one back, her mother was gone. So they put it in the box to take to the vet for safety.

Woman honors cat who made her happy for a long time 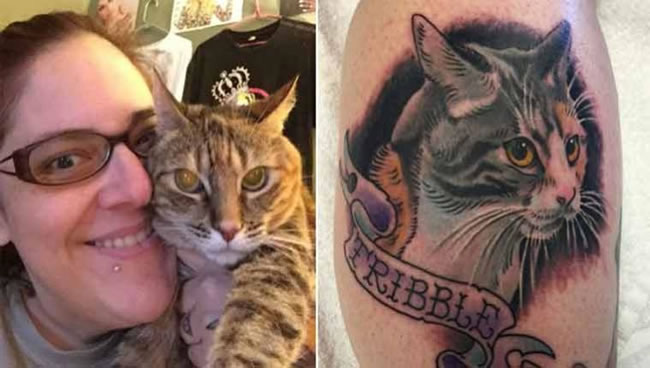 – They didn’t want anything to happen to her. And when I lifted the paper towel, there it was. Her eyes didn’t open and her ears were down. I offered to try to feed her and fell in love with her, said Heather.

– I tried to find a home for her, but I couldn’t, so eventually, I just took her home and we raised her. My husband at the time and I didn’t have any children, and we didn’t want to have, but she was basically our daughter. I was the first person she saw when she opened her eyes, so we were connected. She was the best thing that ever happened to me. She was my first kitten and opened my eyes to my love for cats. 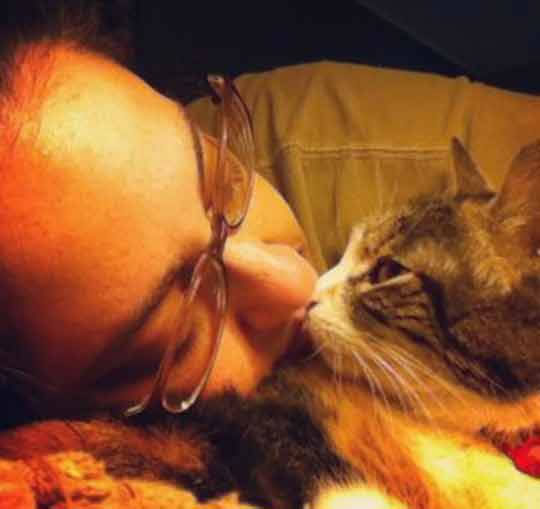 For 15 and a half years, Heather and the Tribble cat were best friends. Tribble helped her with everything from her bad days and difficult divorce to being home together, Tribble was always by her side. Heather explained: “We were so close. It sounds stupid, but she was with me all the time and slept with me at night. For me, it is difficult for people to understand our bond. This was really different. When my husband left me, I wasn’t as upset as when she died. I never had a bond like that with anyone ”. 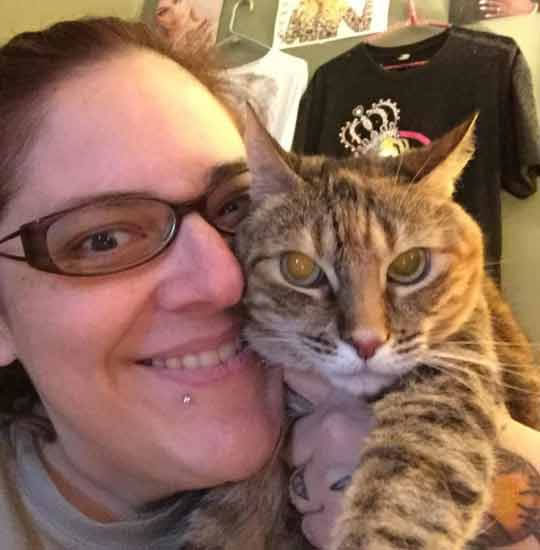 Unfortunately, in late 2015, Tribble started showing her old age and, although Heather took care of her, she was having accidents and was not eating properly. Finally, her personality has completely changed. She simply lay in bed and refused to eat. Because of that, Heather decided it was time to let her go.

And so, on December 12, 2015. Heather said goodbye. ‘It was probably the most difficult thing I’ve ever done,’ said Heather. But she slowly accepted what had happened, tattooing her favorite Tribble photo on her right leg. But this was not just any tattoo. The day before the ink, Heather recalled that she had read about adding ash to the ink.

Friendship marked on the skin 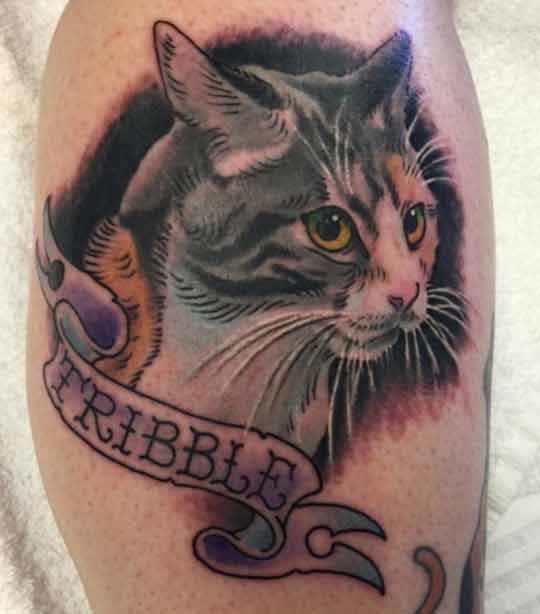 She said: ‘I always wanted a memorial tattoo. Tribble was like a daughter, and I wanted her with me every moment. ‘According to Tattoodo, the cremation tattoo, as it is known, is done by sifting and filtering the ashes until it becomes a fine dust. The ashes are then cooked before the tattoo starts, to sterilize everything. 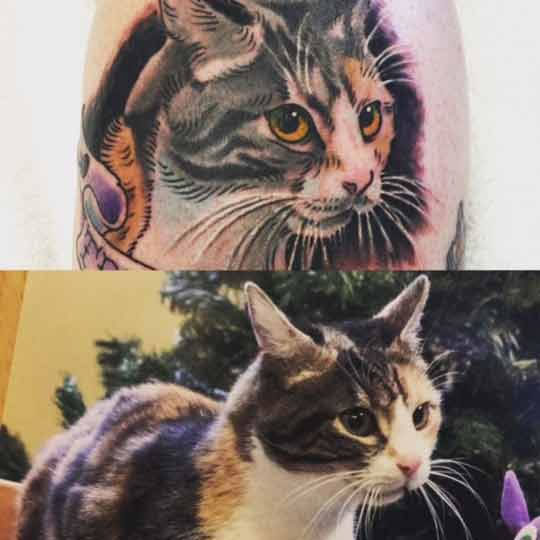 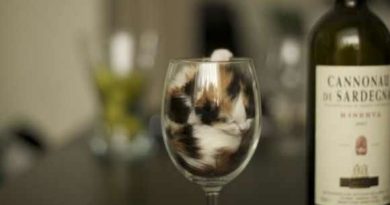 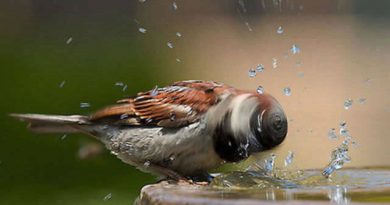